Nearly 7,000 samples were inspected at the Pune-based National Institute for Virology (NIV) laboratory and none of them tested positive. 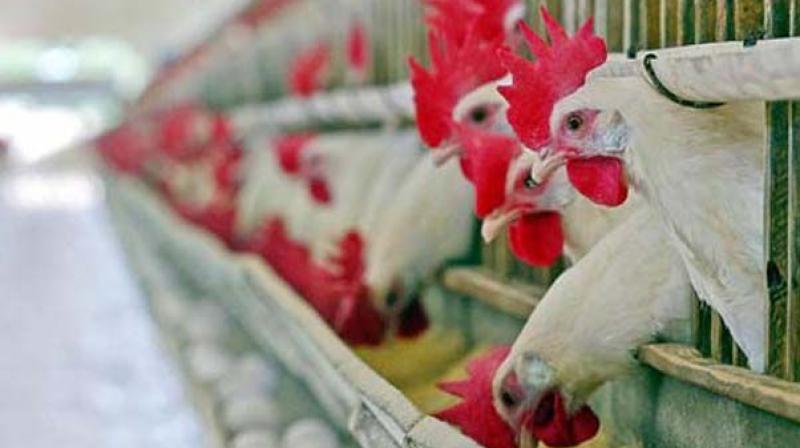 The suspected infection has been traced about 500km from the Maharashtra border. (Representational image)

Mumbai:  Eleven districts of Maharashtra have been put on alert for bird flu after a reported outbreak of the avian influenza virus in some areas of neighbouring Karnataka. However, state animal husbandry department officials confirmed that nearly 7,000 samples were inspected at the Pune-based National Institute for Virology (NIV) laboratory and none of them tested positive.

Health officials have been asked to raise awareness in poultry farms in districts of Maharashtra that border Karnataka i.e. Nanded, Sangli, Osmanabad, Latur, Kolhapur and Solapur; and look for possible cases of infection. Dr Satish Pawar, director, Directorate of Health Services, told The Asian Age, “We have no such threat in our state but as a precaution, we need to be on alert. We have asked certain districts to be vigilant as they share a common boundary with villages in Karnataka. The suspected infection has been traced about 500km from the Maharashtra border.”

An official of the state animal husbandry department said, “The NIV has been roped in to analyse infections and outbreak. We have issued instructions for effective implementation of these measures by the poultry industry.”