The fisher folks have been demanding rehabilitation of their community members who will be impacted by the construction of the memorial. 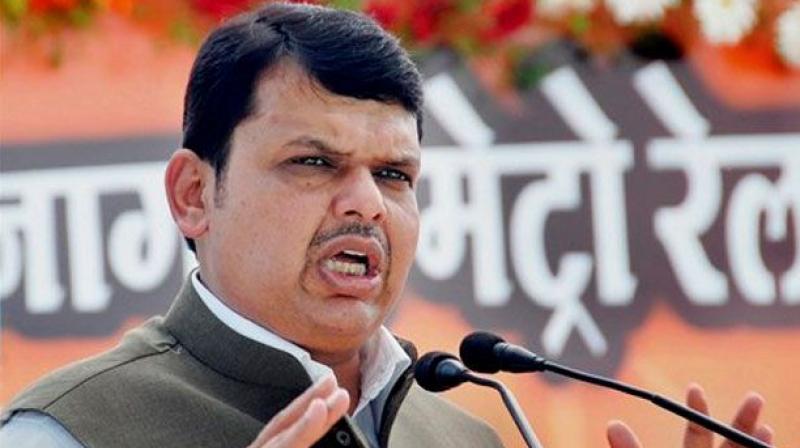 Mumbai: The grievances of fishermen regarding the Chhatrapati Shivaji memorial would be resolved and the project would not be allowed to be embroiled in any controversy, Chief Minister Devendra Fadnavis assured on Wednesday.

The fisher folk have been demanding rehabilitation of their community members who will be impacted by the construction for the memorial before starting the work.

"Through a book, people will remember the years of struggles that went behind laying the foundation stone of Chhatrapati Shivaji's memorial. I am very fortunate for being able to render my services to Shivaji Maharaj," Fadnavis said.

He was addressing a gathering here after releasing a book on the struggles behind the memorial. The book has been penned by MLA Vinayak Mete, who was heading the committee overseeing the intricacies involved in Shivaji's statue.

"We will go ahead once we resolve the issues that have been raised by fishermen of the area and not allow Shivaji Maharaj's memorial to get into any controversy," the CM said.

On the occasion, Mete said the book will give an answer to those who were creating unnecessary hurdles in the construction of the memorial.

"It does not matter who takes credit for construction of the memorial. Shivaji Maharaj belonged to the whole nation and to everyone in Maharashtra. Since 1995, there was struggle in the memorial's construction. People with malafide intentions were creating obstacles. This book will be an answer to all of them," he said.

The fishermen had earlier said that they were not against the construction of the memorial per se, but the site which will "jeopardise" the livelihood of 3,500-odd fishermen.

The main feature of the memorial will be a 192-metre tall statue of the Maratha king. The site is a rocky outcrop, roughly 1.5 km from the Raj Bhavan shore of Mumbai.