Promises party had made in 2012 BMC polls to uphold cause have not been met. 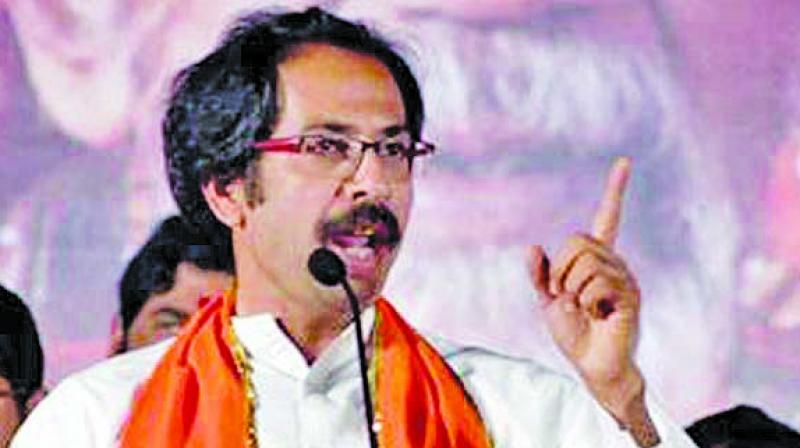 Mumbai: Though Shiv Sena’s agenda for supporting the Marathi cause is well known, the promises it had given during the last Brihanmumbai Municipal Corporation (BMC) polls in 2012 to fulfil ‘Marathi pride’ have not been met yet. In a joint manifesto by Shiv Sena-BJP, the parties had promised that an employment centre would be started for Marathi people, Maharashtra Bhavan would promote Marathi culture and Marathi Rangbhoomi Bhavan would promote musical dramas, and February 27 would be observed as Marathi Bhasha Din. Only the last promise has been kept while the other three are pending. The BJP has blamed Sena for not fulfilling the promises while Sena has blamed chief minister Devendra Fadnavis for not approving the construction of Maharashtra Bhavan, proposed at Andheri sports complex in 2013.

The joint manifesto of Sena-BJP and Republican Party of India (RPI) had promised, “Lokseva and self-employment centres shall be established in all the government department’s offices and Marathi people shall be given preference to get benefit.  Maharashtra Bhavan will be established in Mumbai, which will be dedicated for culture, folk arts and local recipe along with Marathi Sahitya Bhavan. Marathi Rangbhoomi Bhavan shall be established in Mumbai to elevate Sangeet Rangbhoomi.  February 27 is the birthday of Dnyanapeeth Award winner V. V. Shirwadkar. It shall be celebrated as ‘Marathi Bhasha Din’ in all the municipal offices, hospitals and schools.”

The BJP-Shiv Sena government in the state has started celebrating Marathi Bhasha Din. However, the first three promises are yet to be fulfilled. When contacted, Shiv Sena standing committee chairman Shailesh Phanse pointed fingers at the CM for not approving the proposal for Maharashtra Bhavan. “We have proposed the Bhavan in Andheri Sports Complex in 2013. We are also going to seek opinion from Marathi artists for the same. We have even made financial provision. But the land is not easily available in Mumbai. The proposal is pending before the (then) CM from 2013,” Mr Phanse said. Instead of two different Bhavans mentioned in the manifesto, Mr Phanse said only one Bhavan would be built.

On the other hand, BJP MLA Raj Purohit, who was involved in the preparation of the manifesto in 2012, said Shiv Sena should have fulfilled the promise. “Shiv Sena is a bigger partner in BMC and it should have kept the promise. As an individual party, we have taken many initiatives for Marathi people. I am not Marathi but got elected from a Marathi area, Thakurdwar. Have you ever heard anything that we do against the Marathi people?” he said.