BJP leaders in the state government asked their civic party leaders to ensure that the proposal gets passed before the BMC polls. 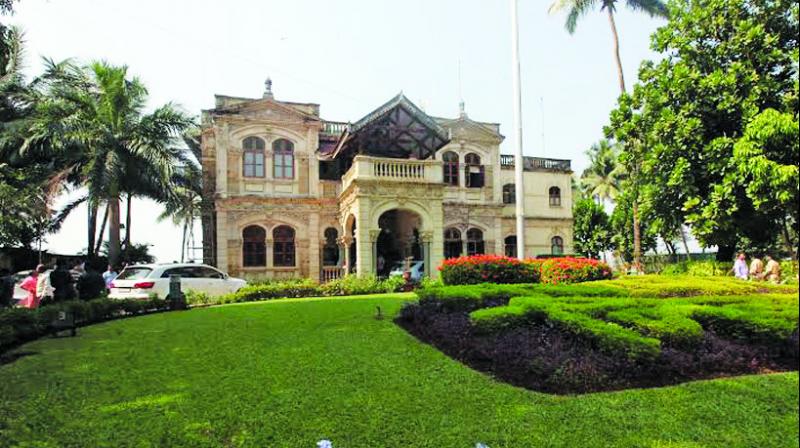 Mumbai: The mayor’s bungalow at Shivaji Park, an iconic heritage structure, will finally be converted into a memorial for late Shiv Sena chief Bal Thackeray. The Brihanmumbai Municipal Corporation (BMC) will hold an emergency meeting of the civic improvements committee on Wednesday to hand over the mayor’s bungalow plot to the Balasaheb Thackeray Rashtriya Smarak Nyas (BTRSN).

The move to summon the impromptu meeting at 11 am on Wednesday comes in an attempt to beat the impending code of conduct for the BMC polls, which are likely to be announced anytime. A proposal to lease 11,000 sq mt of the mayor’s bungalow plot at Swatantryaveer Savarkar Marg to the BTRSN at a nominal rate of Rs one per annum for a period of 30 years will be tabled before the civic improvements committee for approval.

The proposal says that the BTRSN can use 1.33-floor space index (FSI) for the memorial. It cannot sub-lease or rent the plot to the other party. It also cannot carry out additional construction, repairs or changes without prior permission of civic officials.

According to the civic sources, the decision to bring the proposal in the civic improvements committee up was taken on an urgent basis. With the election code of conduct likely to set in anytime, BJP leaders in the state government asked their civic party leaders to ensure that the proposal gets passed before the BMC polls. Accordingly, a special meeting has been convened. Only two proposals, one of which concerns the Thackeray memorial, will be tabled before the meeting for approval.

“Chief minister Devendraji Fadnavis in the Cabinet meeting has already taken a decision to hand over the mayor’s bungalow plot for the construction of Balasaheb Thackeray memorial. As a Shiv Sena chief, Balasaheb ruled the hearts of thousands of people. His memorial would prove to be an inspiration to the younger generation,” said civic improvements committee chairman Prakash Gangadhare.

After allotting the mayor’s bungalow plot to BTRSN, the civic body has decided to move the official mayoral residence to a bungalow behind the zoological garden in Byculla. The bungalow has been vacant for more than a year and repair work has been carried out.