AIU finds ‘abused’ labrador in a fit and fine condition

The department is now preparing a written reply to PFA and PETA giving details about the dog’s medical report. 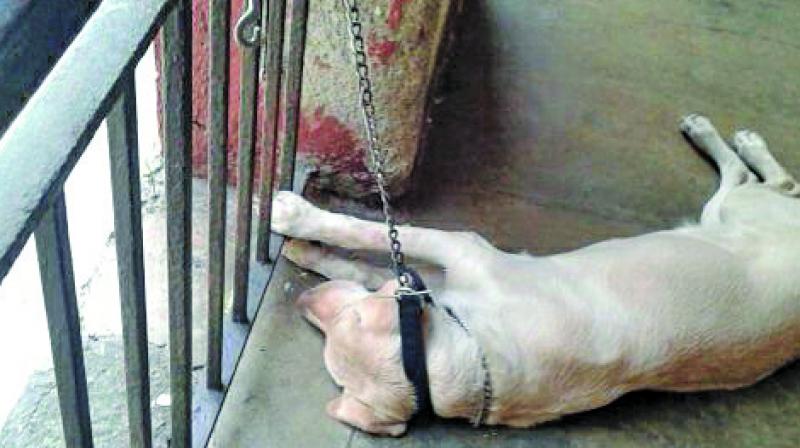 Holly, the Labrador, works for Customs.

Mumbai: Acting on a letter received on December 31 from PETA and PFA (People for Animals) alleging cruelty on the part of one of the Air Intelligence Unit’s dog handlers, AIU, carried out a medical examination of the dog in question — Holly, which works for Customs and found that the animal was fit and doing well under its handler. Officials confirmed that the dog handler and the dog were called to the airport where a behavioural test was conducted to ensure that the canine wasn’t being tortured by its handler.

While the medical test was carried out on January 4 by a veterinary, commissioner of customs, Rama Mathews, too, personally summoned the handler and dog to verify the situation. Rajiv Ranjan, additional commissioner of customs and a dog lover, said, “Acting on the letter from the NGOs, we conducted tests to know the status of the dog and found him to be healthy. His reactions to the dog handler too were checked and found normal where he did not show any signs of stress”. The department is now preparing a written reply to PFA and PETA giving details about the dog’s medical report and all procedures undertaken to check his wellbeing.