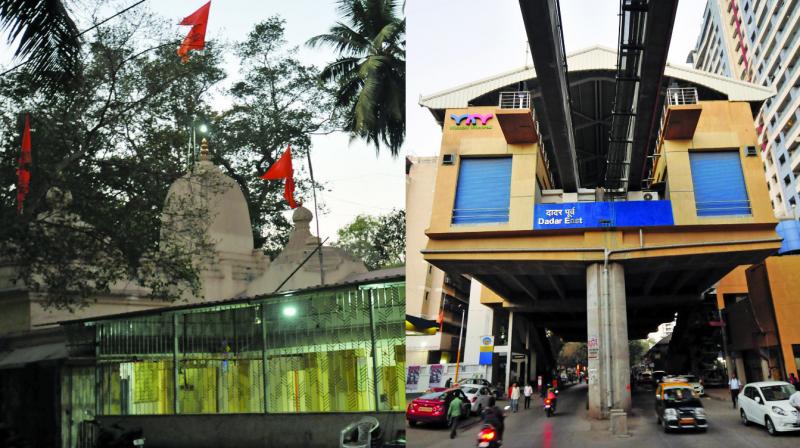 Mumbai: After the naming of a recently inaugurated railway station of Western Railway as Ram Mandir, a citizen group from Wadala claiming to have support from Shiv Sena MP Rahul Shewale has demanded that the Dadar east monorail station be renamed as Vitthal Mandir monorail station. The group says the station is located right next to the temple, which is more than 350 years old.

The residents have written to the Mumbai Metropolitan Region Development Authority (MMRDA) demanding the same, also calling for a bus stop near the Dadar east monorail station be named as Vitthal Mandir sthanak (station). Gautam Durge, president, Wadala Citizen Vigilance Committee, said, “We had conducted a public meeting at Vitthal Temple on Sunday where even Shiv Sena MP Rahul Shewale was present. He assured us support for the renaming of the Dadar east monorail station as Vitthal Mandir monorail station. On Tuesday we also submitted a formal letter with MMRDA demanding the same. We have also attached signatures of around 2,500 residents from Wadala who have supported the renaming.”

However, Mr Shewale was unavailable for comment despite repeated attempts. Every year on the eve of Ashadhi Ekadashi, devotees visit Wadala’s ancient Vitthal temple to offer prayers and celebrate the festival. The temple is said to be a replica of Pandharpur’s Vitthal temple and devotees who cannot visit Pandharpur during Ashadi Ekadashi visit the temple at Wadala.

The MMRDA aims to commission the second phase of the monorail corridor between Wadala and Jacob Circle in Mahalaxmi in mid-2017. Meanwhile, Dilip Kawathkar, spokesperson, MMRDA, said, “The second phase is yet to be commissioned yet and all I say for now is we would look into the matter and take an appropriate decision.”
Recently, there was a lot of lot of hullabaloo about the new station at Oshiwara being named ‘Ram Mandir’, after a temple in the same locality. The city already has stations like Mahalaxmi, Masjid, Churchgate and Mumbra named after several deities.