The gangster-turned-politician, arrested on May 21, 2008, is currently lodged in the Nagpur Central Jail. 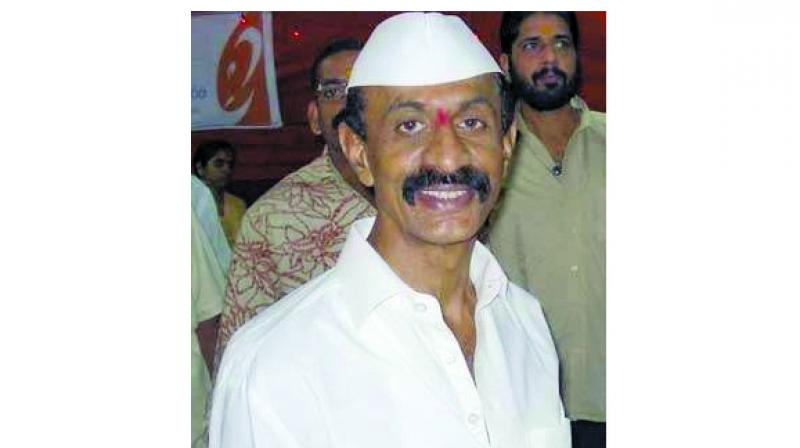 Mumbai: The Bombay high court on Monday upheld the life imprisonment awarded to gangster Arun Gawli in the 2007 murder case of Shiv Sena municipal councillor Kamlakar Jamsandekar. The Mumbai sessions court had convicted Gawli and his 11 accomplices of murdering Jamsandekar in 2012.

A division bench of Justices B.P. Dharmad-hikari and Swapna Joshi was hearing the appeal filed by Gawli and other accused against their conviction.

According to the prosecution, Jamsandekar was was shot dead in March 2007 near his Asalpha residence in Ghatkopar by Gawli’s gang. The gang was paid `30 lakh for killing the Shiv Sena corporator over a land deal in suburban Mumbai, according to the chargesheet.

According to the police, Sahebrao Bhintade and Bala Surve, who were rivals of Jamsandekar in construction business and local politics, had given contract of killing him to Gawli. The gangster-turned-politician, arrested on May 21, 2008, is currently lodged in the Nagpur Central Jail.

Special public prosecutor A.M. Chimalkar had argued before the court, “The case was proved beyond reasonable doubt; therefore, the conviction must be upheld.”

Gawli’s counsel, Sudat Patil, later said that he would challenge the conviction before the Supreme Court.

Gawli used to run an organised crime syndicate and was involved in several cases of extortion. The MCOCA (Maharashtra Control of Organised Crime Act) court also took cognisance of the fact that as many as 49 cases, including Jamsandekar’s murder, are registered against Gawli in Mumbai.

During the arguments stage in the MCOCA court, Gawli had told the court that he did not have any motive or incentive to kill Jamsandekar.

He had argued in the court that after 2007 Brihanmumbai Municipal Corporation (BMC) elections, when the Shiv Sena did not have a majority it was his Akhil Bharatiya Sena that offered the party support to gain a majority. Each of his four corporators were valued at a very high price and he had no motive to kill Jamsandekar for `30 lakh, he said.

The MCOCA court had framed charges against Gawli and the other acc-used on October 7, 2010 under MCOCA and secti-ons 302 (Murder), 34 (common intention) and 120B (criminal conspiracy) of the Indian Penal Code.