60 per cent and 67 per cent voting recorded in Dhule, Ahmednagar polls 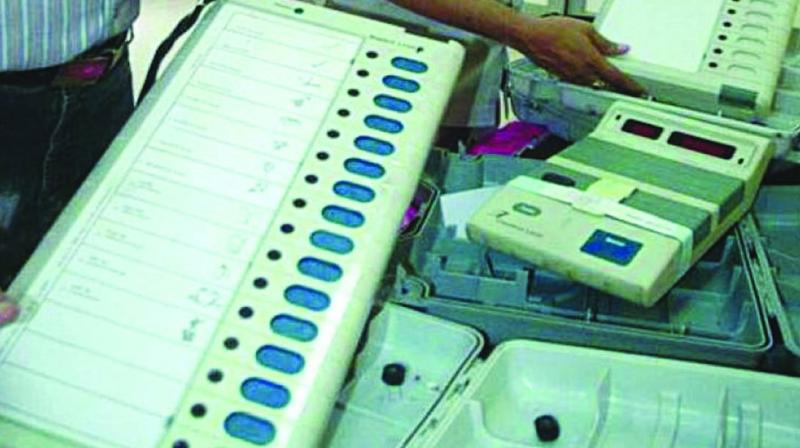 Mumbai: Dhule and Ahmednagar recorded impressive 60 and 67 per cent of voting respectively in the elections for their municipal corporations on Sunday. Polls in both the cities have been keenly watched due to Bharatiya Janata Party’s (BJP) desperate attempts to win them over.

Voting for 74-member Dhule and 68-member Ahmednagar civic corporations was held on Sunday morning. While Dhule has 4.46 lakh voters, there are 3.46 lakh voters in Ahmednagar.

The counting for both the elections would start from 10 am on Monday and all results are expected to be out by 2 pm.

The BJP has been on the winning spree in recent polls of various civic bodies in the state. However, in Dhule it is facing a tough battle with its own MLA Anil Gote, who decided to revolt and field his own candidates under the banner of Loksangram party.

Mr Gote also accused the BJP of attacking his car.

Blaming union minister of state for defence Subhash Bhamare and his supporters for the attack, Mr Gote said, “A day before the polls, his party candidates were framed by false cases and arrested by police.” However, Mr Bhamare had denied allegations saying Mr Gote is frustrated as he was aware of a landslide defeat in the civic polls.

In Dhule, along with Loksangram and BJP, other parties like Congress and Nationalist Congress Party have forged alliance whereas Shiv Sena, Samajwadi Party and All India Majlis-e-Ittehad-ul Muslimeen (AIMIM) has also fielded candidates in the civic polls.