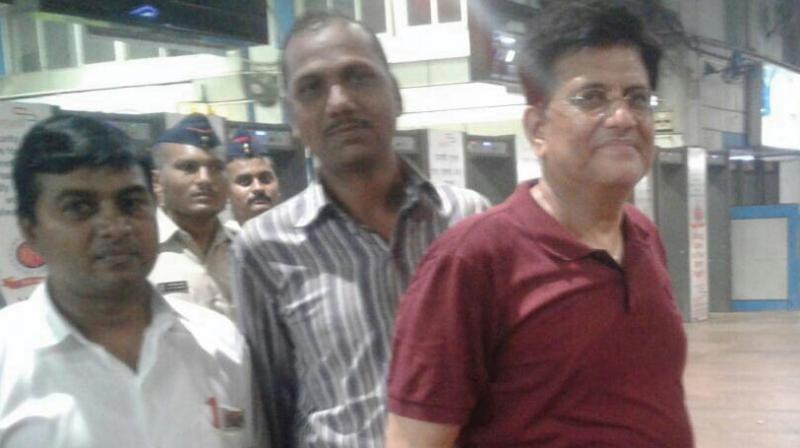 Mumbai: Braving the winter chill and smog, Union railway minister Piyush Goyal made a surprise visit at Churchgate station and Chhatrapati Shivaji Maharaj Terminus (CSMT) in the wee hours of Saturday. Dressed in a casual red T-shirt and beige trousers, Mr Goyal sauntered inside Churchgate station minus his security convoy.

The minister caught several nightshift Western Railway (WR) staffers and security personnel off guard. He questioned them about the alarming number of homeless people sleeping inside and outside the railway station.

After speaking to few WR staffers, Mr Goyal, who is actually recuperating from a kidney stone treatment, headed to CSMT in his car. The number of homeless taking refuge at Central Railway’s CSMT baffled Mr Goyal even further.

According to the 2011 Census, there are over 57,000 homeless people in Mumbai, while currently there are only eight night shelters at Khetwadi, Kamathipura, Bandra, Andheri, Malad, Borivali and Matunga.

The BMC has proposed to set up eight new night shelters at various places across the city.

A railway official said, “The minister made calls to the general mangers of WR and CR and asked them to speak with civic authorities to make alternate arrangements for the homeless who sleep at railway stations.”

The official said Mr Goyal was moved by the plight of homeless people.

He raised concerns whether it was a security threat to have so many people sleeping at railway stations. However, his doubts were put to rest after officials explained that a majority of them were daily labourers who could not afford to stay in hotels or lodges in the metropolis. Before leaving for his tony Napean Sea Road residence, Mr Goyal also checked the state of toilets at CSTM.