Mukerjea plans to finish his auto- biography in eight weeks and handover the laptop to his family. 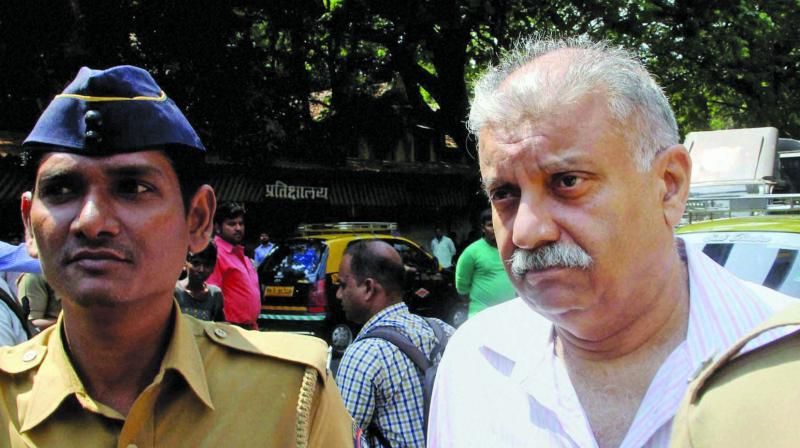 Mumbai: Former media baron, Peter Mukerjea (61), an accused in the Sheena Bora murder case, is a man who dons many hats — from running food-processing units in the United Kingdom to setting up the most successful television channels in Asia.

After spending time behind bars, Mukerjea told a special CBI court on Friday that he has begun penning his autobiography. The entrepreneur-turned-writer requested the court for a laptop or an electronic typewriter, saying he “suffers from occasional memory fatigue” due to his advanced age.

The court asked the Central Bureau of Investigation (CBI) to file its reply and kept the matter for hearing on December 14.

Dressed in a casual green shirt and white trousers, a visibly upset Mukerjea said, “I am 61. I suffer from occasional memory fatigue. I have begun writing my autobiography but I find it very difficult to write long sentences…Therefore, I am requesting for a laptop.”

Mukerjea, who is married to Indrani, Sheena’s mother, and the main accused in the case told the court that he would write for four hours daily and submit the laptop to the jail authorities.

Mukerjea, plans to finish his autobiography in eight weeks and handover the laptop to his family. The CBI has since November 2015 chargesheeted Peter and his second wife Indrani, who is Sheena’s mother, Indrani’s former driver Shyam Rai (who has turned approver in the case) and her second-former husband Sanjeev Khanna in the case for their alleged role in the murder of Sheena.

At the time of the commission of the murder in April 2012, Peter was allegedly abroad, in UK, according to the CBI. Indrani, Khanna and Rai allegedly strangled Sheena inside a moving car after they met her at Bandra (west). Mukerjea is accused of being party to the conspiracy.

CBI lawyer Bharat Badami opposed Mukerjea’s application, saying the court should not behave with him “leniently”. Mukerjea has also filed another application, in which he has sought provisions for a decent shaving kit, dry fruits, and bakery items. Mukerjea told the court that he fasts on Tuesday and Saturday. Hence, he should be allowed to receive fresh fruits, dry fruits, tea, coffee powder and sweets. Mukerjea cited medical reasons for the sweets saying his sugar levels drop. Mukerjea also told the court that he fears the risk of catching an infection, since the barber at Arthur Road Jail caters to over 150 people daily.

Mr Badami said, “We can’t ignore the incident in Punjab where jail inmates had escaped. We should be careful while permitting laptop and shaving kit to Mukerjea,” he said.

Mukerjea also sought permission from the court to attend his niece’s wedding in Bangalore on December 18. The court has directed CBI to file its reply on December 14.