The gymkhana in its petition claimed that civic body cannot take forcible possession of its land for widening of the Hazarimal Somani Marg. 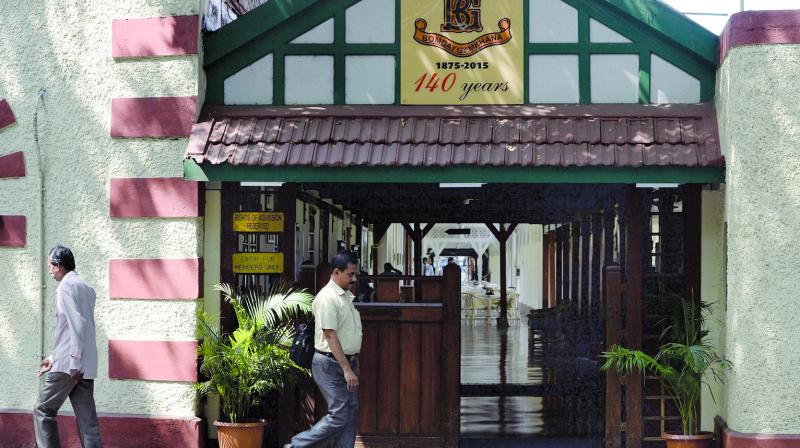 The gymkhana at Azad Maidan in south Mumbai was established in 1872.

Mumbai: The Bombay High Court on Friday refused to entertain a petition by Bombay Gymkhana requesting it to give protection against forcible possession of its land for a road widening project by the city municipal corporation.

The Brihanmumbai Municipal Corporation (BMC) counsel Anil Sakhare informed the court that the corporation was only surveying the area as of now and had not yet initiated any action or taken any decision. Mr Sakhare also assured the court that the decision or action would be taken in accordance with law. A division bench of Justice S.C. Dharmadhikari and B.P. Colabawala, while disposing of the petition filed by the gymkhana held it was filed prematurely and said in future the petitioner could re-approach the court if any action is taken.

The gymkhana in its petition claimed that the civic body cannot take forcible possession of its land for widening of the Hazarimal Somani Marg in south Mumbai without following due process of law.

Senior counsel Janak Dwarkadas, who is representing Bombay Gymkhana, said the club had kept about 20 feet space outside its structure free and articulated the club’s apprehension. The petition had sought interim orders of protection against any coercive action that will prevent its members from parking on the strip of land.

The gymkhana, a landmark site at Azad Maidan in south Mumbai, was established in 1872 to offer young sportsmen of small means a chance to indulge in their proclivities at a minimum cost.