Tabrez, who was working in Riyadh, is said to have called his younger brother Saud two days ago and informed him that he has joined ISIS. 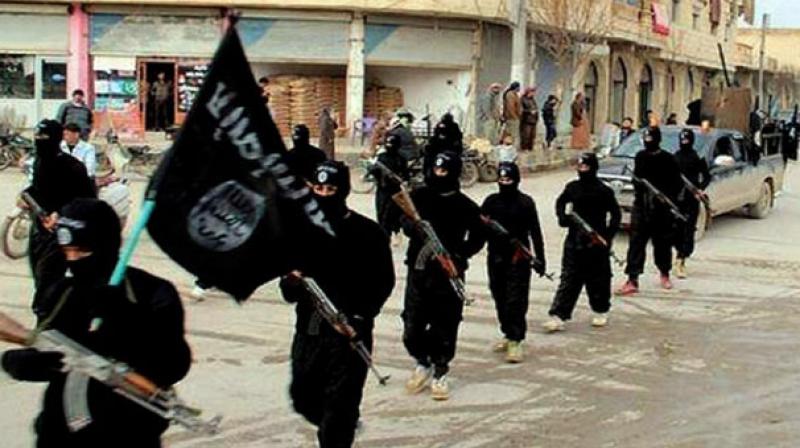 According to Anti-Terrorist Squad (ATS) officials, Mr Saud after hearing the news told his mother and then approached the ATS. (Photo: AP)

Mumbai: A 28-year-old youngster, identified as Tabrez Noor Mohammed Tambe, is said to have allegedly joined banned terrorist organisation Islamic State, also known as Daesh by security agencies. Tabrez, who was working in Riyadh, is said to have called his younger brother Saud (26) two days ago and informed him that he has joined ISIS.

According to Anti-Terrorist Squad (ATS) officials, Mr Saud after hearing the news told his mother and then approached the ATS on Wednesday. “We received a complaint from the brother of the person who claimed to have joined ISIS. We are investigating the case further,” said a senior ATS Official. The family stayed in a 1-BHK house located in Shildaighar area. When The Asian Age reached the house, it was locked and the neighbours informed that the family had left late last night. “They never spoke to anybody and kept to themselves even during festivals. We only know that the son and mother stayed here and the elder son visited them sometimes,” said Mohammed Vakil, their immediate neighbour.

The same was confirmed by a senior ATS officer who added that Tabrez was married. “We assume he got married about two years ago. His wife stays in Ratnagiri and we will be questioning her,” he said. Tabrez, a graduate from Mumbai University, did a specialised course in Cargo and Shipping and later bagged a job abroad. “He worked in Egypt, Saudi Arabia and two other gulf countries,” the officer said, adding that Tabrez had even bought a house in Mira Road.

The official added Saud insinuated against Tabrez’s friend Ali who he worked with in Egypt. “The youngster returned to India about a year and a half ago after spending many years in Egypt where he met Ali. He then left for a new job in Riyadh and a few days ago called and broke this news,” he said. The ATS is now questioning the mother and Mr Saud and has also registered an offence regarding the same.