The accused has been arrested and further investigation is underway. 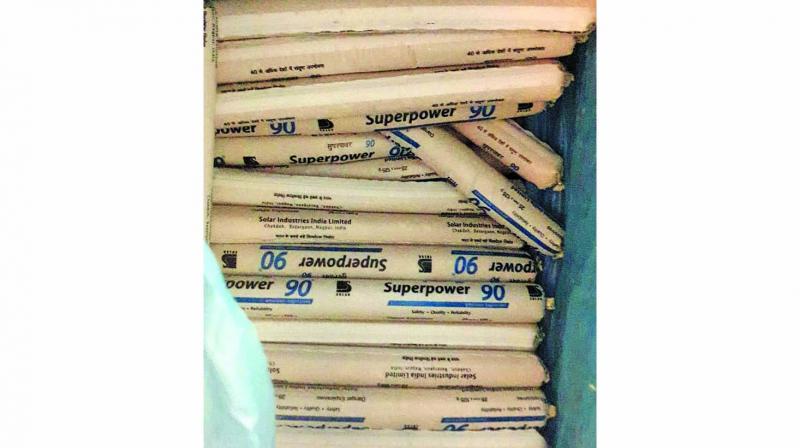 The explosives were stashed away at accused’s home.

Mumbai: The crime branch of the Palghar police on Monday seized a huge cache of gelatine sticks and detonators worth Rs 7.95 lakh from the residence of a person in Nagzari village. The accused has been arrested and further investigation is underway. The explosives were stashed away at the accused’s old residence without taking necessary precautions.

The seized items include 201 white-coloured gelatine sticks worth Rs 2.20 lakh; 126 sticks in another package worth Rs 1.38 lakh; seven bundles of red electric detonators worth Rs 3.85 lakh; and another package with 30 detonators worth Rs 3.85 lakh, white detonators and a fuse. “We have found a register in which a form ‘RE5’ was found. Another register has also been found from there with several entries in it. We are trying to ascertain the purpose of these registers and trying to decipher the entries,” said a Palghar police officer.

A case has been registered against the accused (name withheld to protect identity) under relevant sections of the Explosives Act and Explosive Substances Act and further investigation is underway.

In September, the Raigad police had seized 965 detonators and 46 gelatine sticks from a person in Mangaon taluka after a low-intensity blast was reported in a field there leaving two injured.