The civic body will spend approximately Rs 210 crore on the construction of the extended flyover. 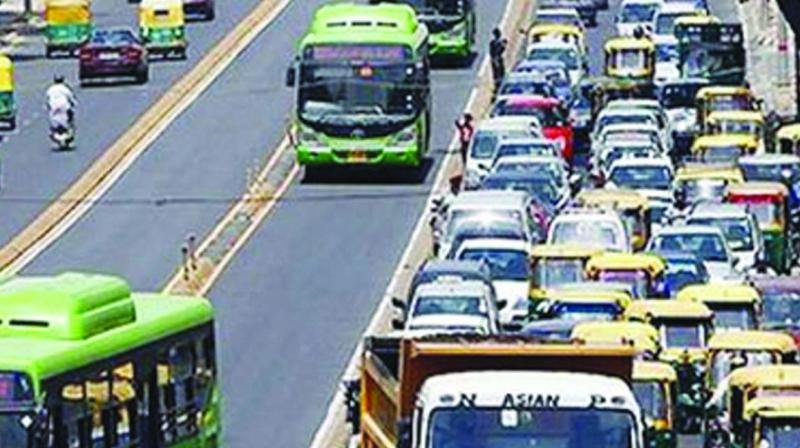 To ease traffic snarls there, there is a need to extend the flyover from Ram Mandir Road to Relief Road.

Mumbai: Traffic jams at the S.V. Road junction will be a thing of the past, with the BMC having decided to extend the Mrunaltai Gore flyover at Goregaon from Ram Mandir Road to S.V. Road. The civic body will spend approximately Rs 210 crore on the construction of the extended flyover.

According to civic officials, the Mrunaltai Gore railway flyover has already been opened for traffic from the Western Express Highway to S.V. Road. However, it has resulted in traffic jams at the S.V. Road junction. To ease traffic snarls there, there is a need to extend the flyover from Ram Mandir Road to Relief Road.

“The proposed flyover will connect Western Express Highway, Gore-gaon east and Link Road by the shortest distance possible and will also ease traffic jams on S.V. Road,” said a senior civic official. The BMC had invited e-tenders for the project, for which, three bidders — JMC Projects (India), MEPL-Gyan (joint-venture) and Unique-Yogesh (joint venture) responded. Of the three, MEPL-Gyan emerged the lowest bidder at Rs 210 crore.

The length of the flyover will be 840m while the width will be 15.50m. The flyover base will be built using the RCC piles method. The work period is for two years, which excludes the monsoon. The Brihanmumbai Municipal Corporation has appointed TPF Eng-ineering as a technical consultant for the design, planning, estimates and tender documents of the project, whereas Construma Co-nsultancy has been app-ointed as review consultant.