The CR has decided to extend the mobile ticketing facility to non-suburban passengers, as well. 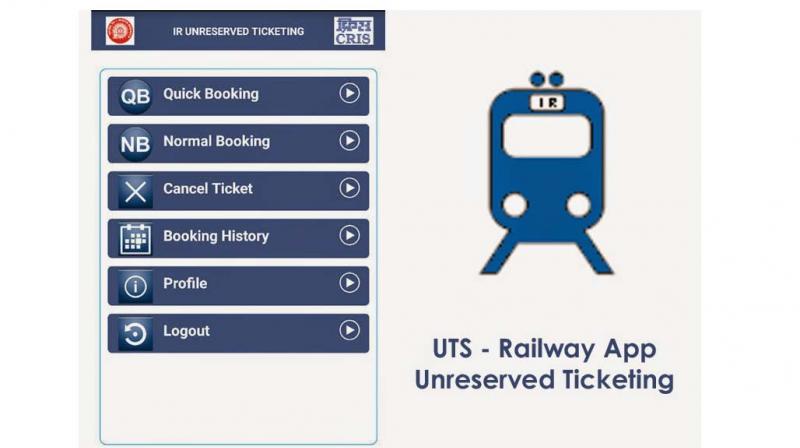 The CR booked the highest number of suburban tickets i.e. 38,927 through the UTS on October 8.

Mumbai: Beginning October 12, the unreserved ticketing system (UTS) application can be used for non-suburban tickets too on Central Railway (CR).

The CR has decided to extend the mobile ticketing facility to non-suburban passengers, as well.

The CR booked the highest number of suburban tickets i.e. 38,927 through the UTS on October 8. The Western Railway (WR) had already started UTS app services for non-suburban passengers on September 17.

A CR official said, “3.33 per cent of the total suburban tickets were sold through the UTS app.

A total 296,689 passengers booked suburban tickets through the UTS app.  It was 5.15 per cent of the total passengers of the Mumbai division.”

On an average, 45,000 tickets were booked through the UTS app in the Mumbai division.

CR officials said that after looking at the response of suburban services, they had decided to make the service available to non-suburban commuters from coming Friday.

“Passengers who want to travel up to 200 km can easily book their tickets through the UTS app,” an official added.

The CR had undertaken several campaigns to popularise the UTS mobile app, which had improved the overall passenger experience. The move to extend it to non-suburban commuters will make the journey more comfortable for them in addition to saving time and paper.

A WR official said, “The main objective of introducing the online app is to encourage the digital ticketing mode.

In order to promote mobile ticketing, an additional bonus incentive of five per cent will be given for every recharge of the R-wallet.”