However, as per sources close to the department, the library work, including the infrastructure of the said schools, was yet to be finished. 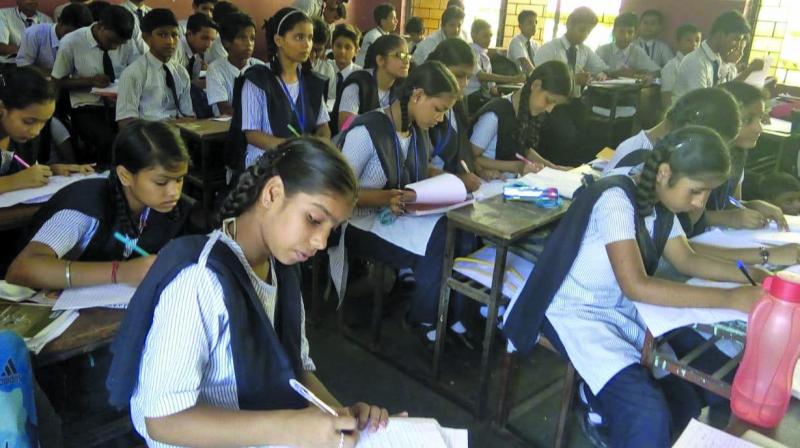 Teachers were being imparted in-depth knowledge of the syllabus as per the Cambridge University curriculum.

MUMBAI: The BMC education department’s ambitious project of opening 23 international schools in the city for underprivileged students is in turmoil, as it is yet to receive Maharashtra International Education Board (MIEB) affiliation.

The schools, which were originally to be established as per the Cambridge University curriculum in June this academic year, are now to be run under the MIEB. While the officials have claimed that the schools will start in June 2019, sources close to the department revealed that the schools are yet to get the infrastructure matching with the “international school” module.

“We had plans to open the schools this year itself but there is a delay in the affiliation process so we’ve decided to put this on hold for some time,” Mahesh Palkar, BMC education officer, told this newspaper.

According to him, most of the work regarding the international schools was complete. However, as per sources close to the department, the library work, including the infrastructure of the said schools, was yet to be finished.

The Asian Age on April 17 this year had reported how the civic body, in collaboration with private organisations and NGOs, was conducting training for teachers and principals. Teachers were being imparted in-depth knowledge of the syllabus as per the Cambridge University curriculum.

The sudden change however will lead to additional training of selected teachers, which will be based on the MIEB curriculum. Although the department has sanctioned the budget for the school infrastructure cell (SIC) to provide students with the best equipment and facilities in the school campus, an international school needs much more than just basic facilities.

Prakash Charate, a senior official of the department who is in charge of international school projects, said, “As soon as the affiliation is done, we plan to start the schools from June 2019. It won’t happen quickly as it is a huge project so it will be done one by one. First, we will open Marathi medium schools and later carry on with other medium schools.”

As per the pre-planned module for international schools run by the BMC, they will have computerised or digital classrooms, library facilities and room, science and computer labs, activity rooms, trained teachers.