Metros   Mumbai  10 Oct 2018  4 inaugurations in a day as Sena gets into poll mode
Metros, Mumbai

4 inaugurations in a day as Sena gets into poll mode

The party has embarked on the inauguration of a series of civic development works in the last few days. 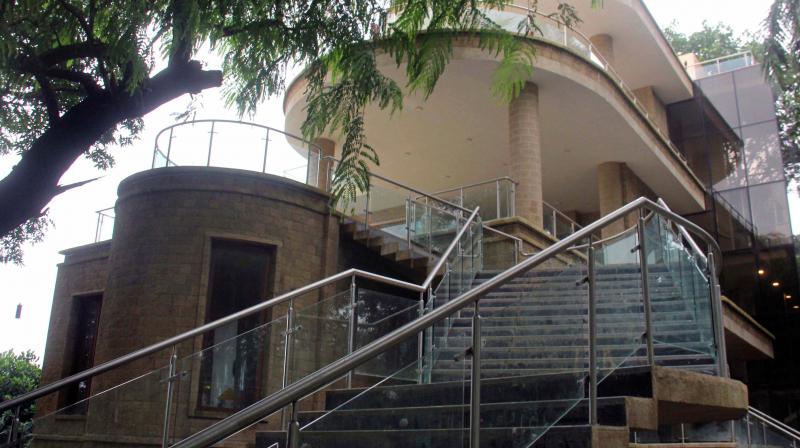 Mumbai: There is still some time for the Lok Sabha and Vidhan Sabha polls, but the Shiv Sena, which is the ruling party in the Brihanmumbai Municipal Corporation (BMC), seems to have already gotten into election mode. The party has embarked on the inauguration of a series of civic development works in the last few days.

There are as many as four inaugurations organised by the BMC for Wednesday. The opening ceremonies will be of the Comprehensive Advanced Stroke Centre in KEM Hospital, the Pramod Nawalkar Viewing Gallery at Malabar Hill, the Cooperage Bandstand and the Kothari Pyau opposite General Post Office (GPO) at Fort.

The inaugurations will be attended either by Shiv Sena chief Uddhav Thackeray or Yuva Sena chief Aditya Thackeray. Last week, Aditya had inaugurated the costliest toilet, built at a cost of Rs 94 lakh, in the city at Marine Drive.

The Pramod Nawalkar Viewing Gallery at Malabar Hill has been one of BMC’s ambitious projects. Built with an aim to offer a panoramic view of the Queen’s Necklace, there will be a binocular facility for visitors. The gallery is constructed with Malad stone and will have a special entry facility for the disabled.

The BMC has also restored the Devidas Purbhudas Kothari Pyau (drinking water fountain), which stands opposite the GPO at Fort. Built in 1923, it is also known as the GPO Kabutarkhana as it is surrounded by hundreds of pigeons. The civic body has also revived the drinking water facility through the lion’s mouth at the pyau by installing a filter.

The 150-year old Cooperage Bandstand has been restored by the BMC at a cost of  `55 lakh. It hopes to revive the bandstand culture in city.

“These projects have been completed due to the Shiv Sena’s persistent efforts. The BMC has been trying to enhance the heritage look of Fort by restoring 17 heritage structures in the vicinity. So there is no harm in taking the credit for development works that we have carried,” said a senior leader from the party.