One of the accused confessed that he was hired to kill Sanghvi. 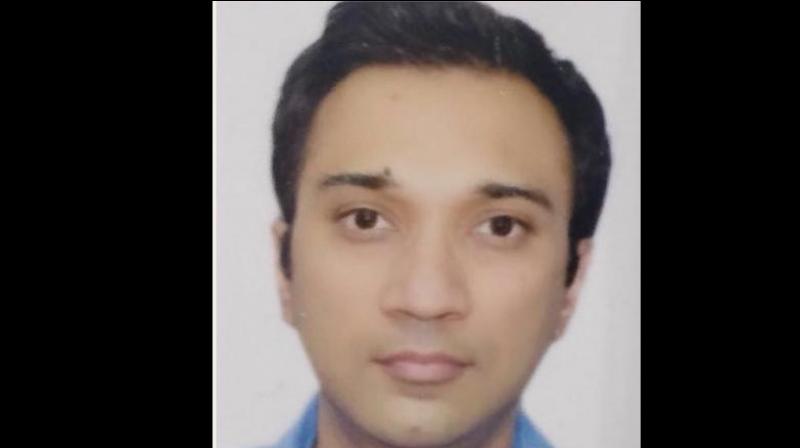 Mumbai: Four days after the vice president (VP) of HDFC bank was reported missing, the N.M. Joshi Marg police took four persons, including a woman, into custody for allegedly murdering him.

The mystery involving disappearance of Siddharth Sanghvi, VP of HDFC bank, was cleared after Navi Mumbai police got the breakthrough and apprehended the murderer from Koparkhairane. Sanghvi’s body was found on Sunday at Malang Gad area in Kalyan.

The Nanded based person identified as Sarfaraz Khan (20) was taken into custody from Koparkha-irane area by Navi Mumbai crime branch on Saturday night. He allegedly confessed to the police that he was hired to kill Sanghvi and dump his body at a secluded spot.

The vehicle, Singhvi’s Ignis, was found two days later from Koparkhairane by the police. “We have got confession from him that he was part of the crime and killed the banker. We have handed him over to the N.M. Joshi Marg police,” said an officer from Navi Mumbai police.

After Khan’s arrest, Mumbai police detained three persons. Reports stated that two of them are employees of the same branch at Kamala Mills where Sanghvi worked. Their possible roles are yet to be ascertained.

While the police are tight lipped on the motive of the brutal murder, they began a hunt for the body of the banker late on Sunday. Khan, a small time labourer, allegedly told the investigators that he drove the vehicle and disposed the body.

At least eight teams of Mumbai and Navi Mumbai police are investigating the case. Based on Khan’s claims, the search for body began at Haji Malang in Kalyan.

“Based on the inquiry of several suspects, we are taking the investigation ahead. It is still a missing person’s complaint,” said Abhinash Kumar, deputy commissioner of police, zone III.

The police are also recording statements of the bank employees who were posted at the Kamala Mill branch, to ascertain if the missing VP was dealing with anything sensitive subject recently.

Sanghvi was last seen on Wednesday while leaving from the branch after which he went missing on Thursday. The investigators said that the forensic reports of the bloodstains found inside Sanghvi’s car are still awaited.

Apart from the medical reports, the police are also sifting through the missing banker’s phone call records to map anything suspicious.

After a missing person’s report was registered with the NM Joshi Marg police station, the officials check-ed the CCTV footage of Kamala Mill premise and found that the car had left the place around 5.30 pm. There were three occupants inside it.

The banker’s phone was initially switched off which started a day later. This helped the police track his car in Koperkhairane.