Among them, 90 per cent were using solar pumps. 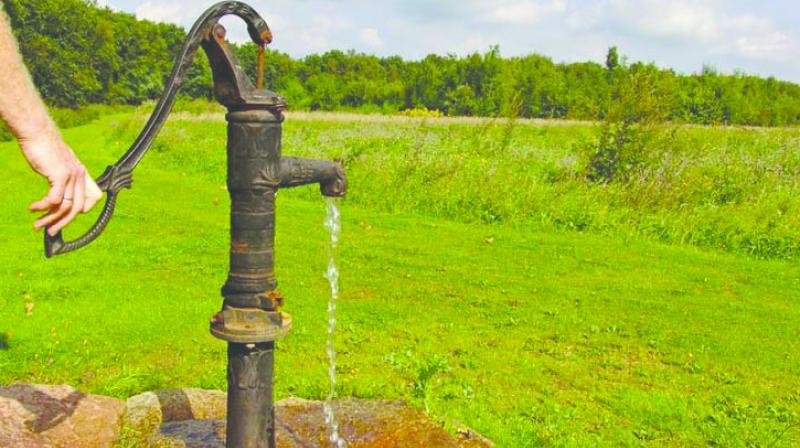 Farmers of Hauda village in Nandura block are refraining from investing in solar pumps, which they believe would be ineffective in light of the water crisis.

Mumbai: Despite schemes like recently introduced Kisan Urja Suraksha evam Utthaan Mahaabhiyan (KUSUM) farmers are facing difficulties in irrigating their lands. Depleting groundwater has emerged as a major challenge to the state farmers as even with

Although farmers in Buldhana largely use solar pumps for irrigation rather than conventional diesel or electric ones now, they stated that due to water scarcity only cotton was grown as major crop along with some pulses in a year.

A survey by Centre for Science and Environment (CSE) studied 72 farmers in 22 villages of Buldhana district located in the drou-ght-prone Vidarbha region of Maharashtra to understand the impact and utilisation of solar water pu-mps in a water-scarce area.

“Increased dependence on groundwater for irrigation has resulted in improving agricultural yields, but it has also led to depletion of groundwater resources at an alarming rate,” said former member of Maharashtra’s state planning board H.M. Desarda in CSE meeting.

“Over the last 15–20 years, the water table dipped from 100–300 feet to 50–100 feet now. This has constrained the farmers to grow cotton as the main crop in a year along with soya and some pulses,” read the report.

Farmers of Hauda village in Nandura block are refraining from investing in solar pumps, which they believe would be ineffective in light of the water crisis.