The minister could be seen smiling and waving at the camera. 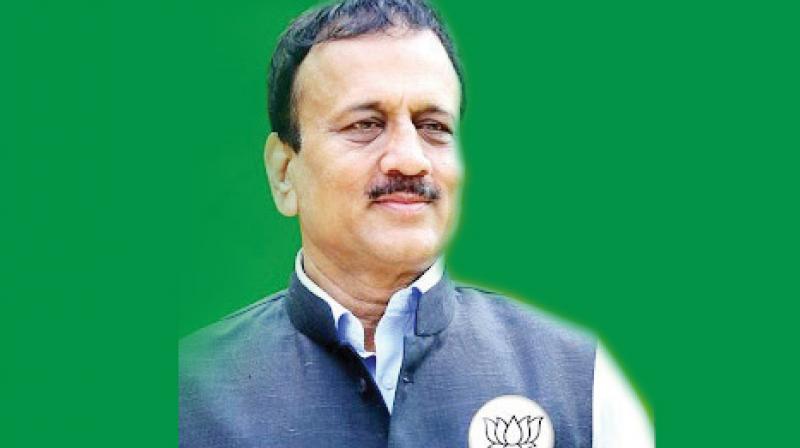 Mumbai: Water resources minister Girish Mahajan came under fire for clicking selfies during a tour of flood-hit regions on Friday. Pictures and a video surfaced on social media Friday, where the minister was seen smiling and waving at the camera while being ferried in a rescue boat, rescue officers in tow.

In one video clip, which went viral, an unidentified person accompanying Mr Mahajan, was seen clicking a selfie video as they navigated the floodwaters in parts of Kolhapur in western Maharashtra. The minister could be seen smiling and waving at the camera.

In another video clip, the minister was seen inspecting the flood situation standing on a road, even as the person accompanying him filmed the video.

Mr Mahajan later issued a clarification that he had participated in rescue operations along with jawans.

However, Congress and NCP claimed that the senior BJP leader had undertaken a “flood tour”.

NCP’s Nawab Malik said, “Mr Mahajan’s video has provided evidence of the government’s tourism. This is an insensitive government. They are only bothered about campaigning. People of the state are watching and will teach them a lesson.”

Congress spokesperson Sachin Sawant, in a tweet in Marathi, said, “Mr Mahajan is the face that reflects the character, ideology and identity of this government. One, who seeks pleasure in defecting MLAs, shows gun to children, dances in frenzy, fights and laughs wickedly at the tears of others!."