State declares special round for left out pupils

Vacant seats in minority quota to be surrendered. 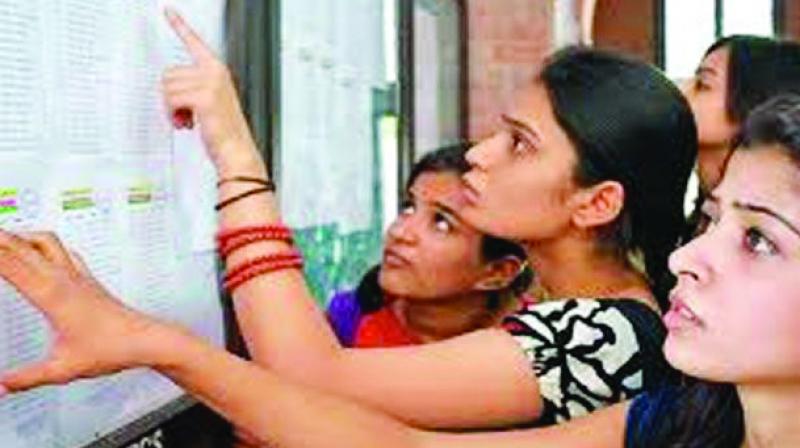 The non-minority colleges can too surrender there in-house and management vacant seats to the department.

Mumbai: For students, who still haven’t managed to secure a seat in junior colleges, the state education department has announced a special round for them, which will be declared on August 18.

Moreover, the vacant seats in the minority quota in minority institutions too shall be surrendered to the general quota for the general category students.

The students who were allotted seats in their first preference colleges but did not take admission in college and students who cancelled their admission in all earlier rounds are the ones who will be eligible for the special round. It will be on merit basis like the previous rounds.

As of now, after the completion of four general merit rounds, around 80,000 to one lakh students are yet to secure  seats in junior colleges. According to the officials, the reason for this is the seats being blocked for several reasons like - filling the form incorrectly, not securing admission even after getting a seat, selecting the colleges, which do not match with the merit of the student, etc.

Meanwhile, there are over 58,000 vacant seats in minority quota in the minority institutes. Starting from Thursday, these colleges can surrender their minority, in-house and management seats to the department, which will be added into the general quota for the open category students. The non-minority colleges can too surrender there in-house and management vacant seats to the department. This process should be done before August 11.

Though there are no seats in the general quota in the prominent colleges in the city, however, there are still vacant seats in the minority quota which will be released by colleges to open quota.

“The moment seats are pushed to open quota, the students can access these seats and secure admissions. Anyhow we still have enough seats for the students so they need not worry about not getting any seats in junior colleges,” Rajendra Ahire, deputy director of education, Mumbai division told this newspaper on an earlier occasion.

Meanwhile, apart from the 58,000 vacant seats in the minority quota, close to 1.9 lakh seats are lying vacant in the general category.

After the special round 1, a round on the basis of First-come, First-Serve (FCFS) will be scheduled for the left out students. In the FCFS process, a student who has not taken admission elsewhere will be able to log into the online admission website using their Login ID and password. After that they will be given an option to select their stream, choose colleges and the codes of the colleges. Once the student clicks on the college name, they will get the vacancy. If there is seat available, they have to click on “Apply Now” to continue in the college. This way, the first student who applies will be served the seat and will get the admission.