According to the police, the crime is likely to have taken place between August 1 and August 4. 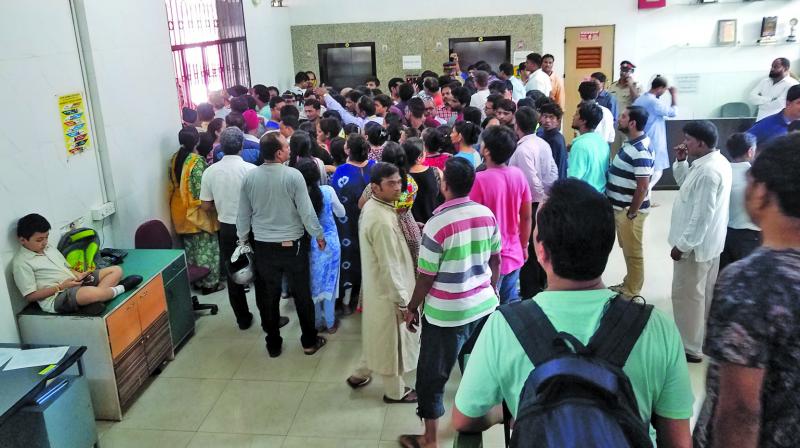 Parents during their protest at the school on Tuesday.

Mumbai: The parents of a Malad-based ICSE school protested outside the Dindoshi police station on Wednesday, with a demand to remove replace the male peon staff of the school with females for taking care of the kids. They also attempted to do a ‘raste roko’ as a part of the protest, which comes in wake of case of a 4-year-old girl being allegedly raped by a male peon in the school premises.

The police officials are currently going through the CCTV footage to ascertain the role of a female cleaning staff member, who is also a suspect in the case. According to the police, the crime is likely to have taken place between August 1 and August 4.

According to the parents who were a part of the protest, their sole demand is to get justice for the victim and increase in the security of the school. They believe that employing female staff to attend the kids will help their cause. The parents have also claimed that the management is extremely negligent and have a very laid back attitude towards the well-being of the students who attend the school.

Mrs Sheetal Mehta, a parent of two kids studying in the school said, “We have a very simple demand that pertains to the protection of our kids from such heinous crimes. We will only send our children back to school after we are sure that the environment there is healthy. Our kids are in the school for six hours and we cannot afford to keep worrying about them for all that time!”

Another parent, Mr Chirag Zalawadia said, “The parents have decided in unison that the security of the kids is the first priority, and we are not going to compromise on that. It is high time that the school’s management acts responsibly and terminates the current principal.”