Chief Justice Nandrajog said that the petitioner, when filing the PIL, should come up with solutions too. 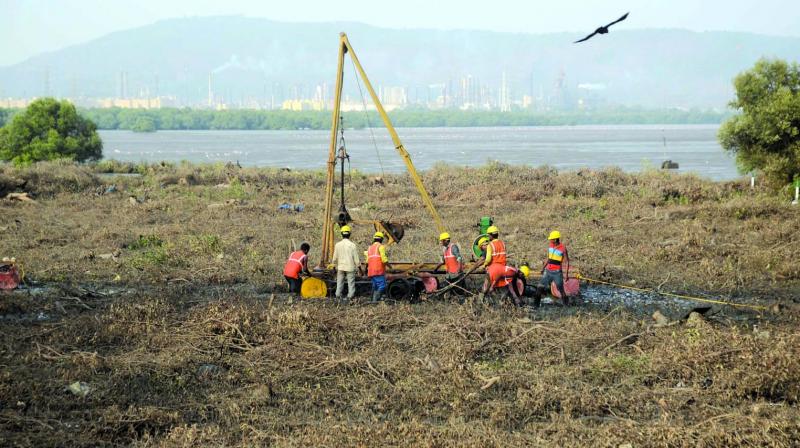 Zoru Bhathena moved the HC with the grievance that the MoEF CRZ had granted clearance in 2013 to cut mangroves on an area of around 150 sq.m.

Mumbai: The Bombay high court Tuesday observed that the solution to axing trees and mangroves in the name of various projects lay in the success of replantation of trees. The court asked the petitioner to study and come up with solutions to make replantation of trees more successful.

A division bench of Chief Justice Pradeep Nandrajog and Justice N.M Jamdar suggested this while hearing a notice of motion filed by Mumbai-based tree activist Zoru Bhathena, challenging the decision of the forest department allowing the government to cut mangroves on around 30,000 sq.m. of land for the Versova-Bandra sea link.

Mr Bhathena moved the HC with the grievance that the Ministry of Environment and Forests’ (MoEF) CRZ had granted clearance in 2013 to cut mangroves on an area of around 150 sq.m.

These mangroves were supposed to be removed only where stilts were to be built but later, the government approached the forest department and got permission to remove mangroves on 2.99907 hectares of land.

Based on this permission, the government moved the HC seeking permission to cut mangroves on the subject land but the order passed by another bench of the HC on the petition was unclear about how many mangroves could be cut.