Will homosexuals have a say? Hearing starts today 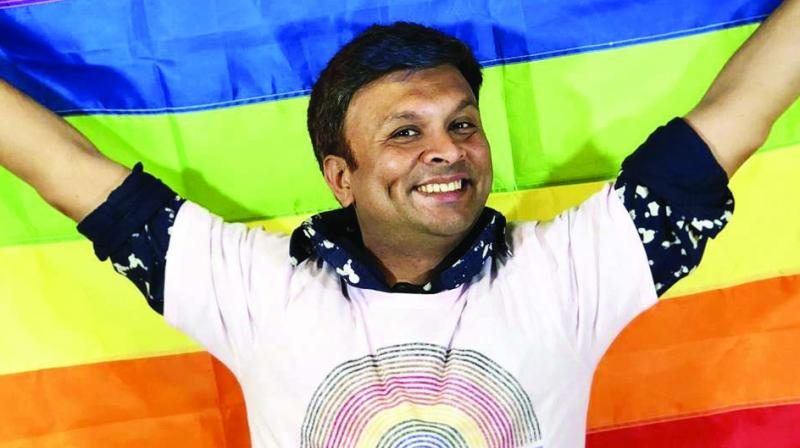 Mumbai: As the LGBTQ community in India stands at the cusp of a long wait to decriminalise homosexuality, a five-judge bench of the Supreme Court will start hearings in the Section 377 case today. The top court seems determined to take up the issue after it dismissed the Centre's plea asking for more time to file responses against petitions on Section 377 on Monday.

In May, the apex court had decided to hear a plea filed by the IIT's LGBT alumni association seeking scrapping of Section 377 of IPC. Earlier, hotelier Keshav Suri filed a petition, followed by Ashok Row Kavi of the Humsafar Trust and LGBT activist Arif Jaffar in April.

While section 377 upholds that anyone who has carnal intercourse against the order of nature is punishable by rigorous imprisonment, Mr Harish says that these terms are ambiguous, as there are no certain definitions as to what constitutes ‘order of nature’.

“So, I think scrapping Section 377 is talking about sexual liberalisation. The fact is that we belong to the land of the Kamasutra and that the Britishers have tarnished our image and made us into an incorrectly conservative society,” adds Mr Harish.

Mr Keshav Suri talks about his aspirations for the session today. }I hope that we can finally get rid of an archaic draconian law so that we can move forward for fighting for equal rights. We are all positive and hopeful.”

Mr Keshav has also been active in promoting the drag culture in India, an art form that has been a vital part of the LGBTQ community. “I wondered why no one is doing this in India? One, of course it was because of Section 377 and people were also scared of the risks. What I learnt though is that there is a massive drag culture in India. It just needs a platform,” says Mr Keshav.

Mr Keshav says, “Homosexuality exists in all species. However, homophobia only exists in one—humans.  In India, we need to  see the temples in Khajuraho, and realise that we are more inclusive than we think. Understand the value of the Pink Dollar; see how the world is benefiting from it,” he adds.

Sonal Giani, the advocacy manager at the Humsafar Trust,  harks back to 2013, where the Supreme Court recriminalized homosexuality.

“I have kept my fingers crossed. I have seen my own friends committing suicide. It's just like I am waiting for the right thing to happen,” she said. “In the future we want to work on adoption rights, marriage rights, property rights and so on, but first we have to get past this stage.”