The police said that the routing would be in effect till water levels went down. 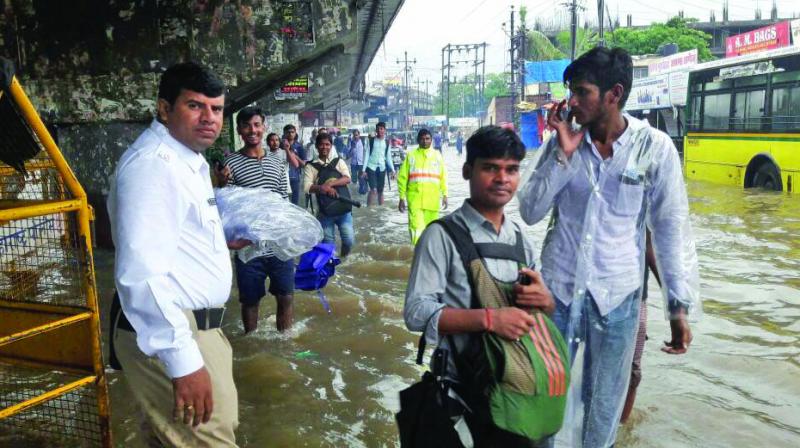 Mumbai: Mumbai traffic policemen and personnel from local police stations were out on the roads in large numbers during the heavy downpour on Monday to ensure smooth vehicular and pedestrian movement, with vehicular movement diverted at several places. The traffic police said that some stretches in the western suburbs and Dadar witnessed water-logging, where personnel could be seen helping citizens, especially the elderly, wade safely through the waters.

The police said that the routing would be in effect till water levels went down.

Meanwhile, the Palghar police issued an advisory asking locals not to venture out if possible following heavy rain in Vasai-Virar and adjoining areas. The police listed areas that were heavily water-logged and made requisite vehicular traffic arrangements.

“Global City in Virar (west), Evershine City, Vasant Nagri, Aachola Road, Manikpur Naka to Vasai station and Panchvati Bridge areas were water-logged. We advised the locals to avoid these roads and to venture out only if needed. Personnel from local police stations and the traffic department were deployed on the streets,” said Hemant Katkar, spokesperson of Palghar police.