The group stated that there is no policy for compensation for losses incurred during the survey period of three months. 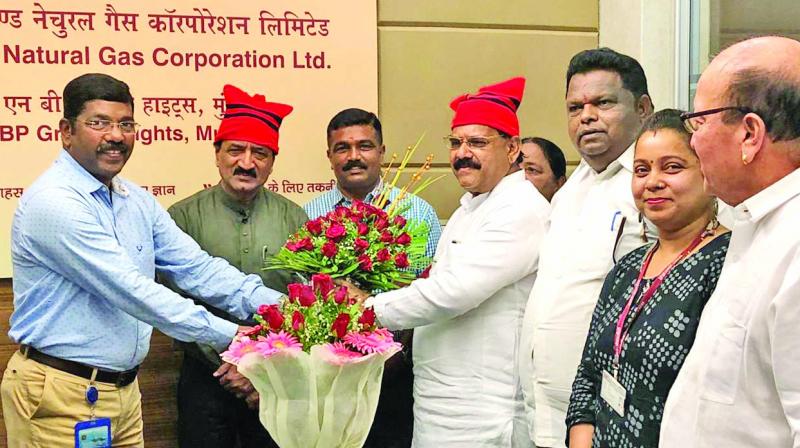 Mumbai: Mumbai fishermen claim that the extraction survey carried out for oil and natural gas under the sea by Oil and Natural Gas Corporation Limited (ONGC) is incurring them huge losses as this time the operations are being carried out in catchment areas.

The group approached the state government stating that for three months between January and March this year, fishermen were prohibited from indulging in fishing activities at the site due to the ONGC work.

The group stated that there is no policy for compensation for losses incurred during the survey period of three months. “The ONGC and the contractors have told us that they would not compensate for the loss in fishing business. At that time, there is complete ban on movement of boats and trawlers.

Especially during the winter season, we are able to catch more fish, however this kind of activities has still led to losses," said Kiran Koli, secretary of the Maharashtra Machhimar Kruti Samiti. The fishermen had earlier too stopped the survey work twice citing negative impact on the fishing activities.

Moreover, they highlighted their prolonged concerns over the consequences of seismic surveys done by the oil company by undertaking the blasting operation. After repeated pleas, the state has now directed the ONGC and Central Marine Fisheries Research Institute (CMFRI) to carry out a detailed study on the matter.

“The CMFRI has been directed to initiate a 6 month long study in the next ten days. After the report on the impact of ONGC’s surveys on the fishing areas and losses incurred by fishermen, the compensation will be decided,” said an official.

“Earlier too, our fish nets were destroyed during the survey and we were not given compensation. Moreover, the high decibel blasts in deep sea during seismic surveys poses risk to fish and marine life,” added Mr Koli.