13-year-old dies after tree falls on her

Two persons were killed in rain-related incidents in Thane district. 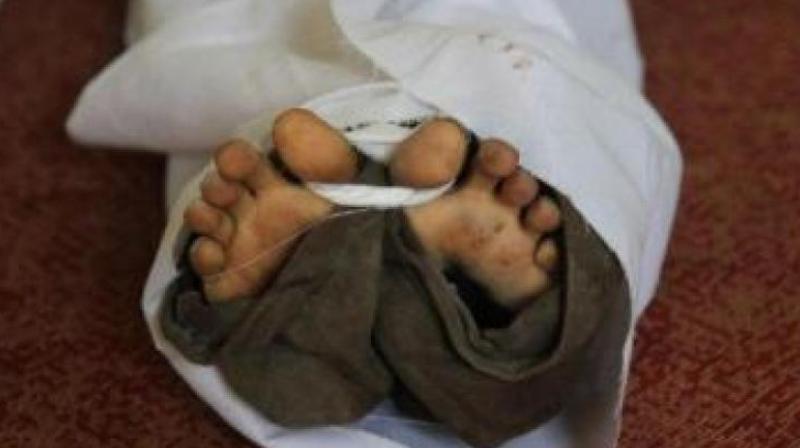 Mumbai: A 13-year-old girl, Drushti Mukesh Mungra, was killed after a tree fell on her at on SN Dube Road, Dahisar (east) on the night of Saturday, when several areas were heavily inundated in the first heavy showers of the season.

The girl was rushed to Rohit Nursing Home where she was declared brought dead. At least two persons were also killed in rain-related incidents in Thane district, while a fire broke out in a British-era building at Fort, due to which a part of it collapsed, injuring two firemen during relief operations.

The rains, which started in the wee hours, continued intermittently throughout the day, due to which areas such as Hindmata, Sion, Chunabhatti and King’s Circle got flooded. Due to water-logging, traffic had to be diverted at Bandra, Sion, King’s Circle and Hindmata. The Byculla police station was also flooded with water, and police officers were walking in knee-deep waters as they entered the police premises — so much so that the senior police minspector’s cabin too had water that was ankle high.

As the railway tracks were submerged between Matunga and Kurla, train movement was also affected, causing delays on the central and harbour lines. Heavy rains also lashed Andheri, Bandra, Powai, Bhandup and Mulund. Flights at the Mumbai airport were affected, with Jet Airways announcing delays of around 40 minutes for departures and 20 minutes for arrivals due to congestion and bad weather till 3 pm.

A major disaster was averted as fire officials survived a blaze at Fort in the nick of time. According to fire officials, a major fire broke out in the five-storey Kothari House, also known as the Light of Asia, at around 4 am. The building had been unoccupied for the past nearly five years. During the fire-fighting operations, its southern part collapsed when firemen were putting out the blaze. Two firemen sustained injuries — one on his left hand and leg while the other suffered wounds to his head, neck and legs.

“They got stuck in the cage of an aerial ladder while engaged in the fire-fighting operation and were immediately rescued using another ladder. A fire engine and the platform of the aerial ladder were extensively damaged in the collapse. A timely order to carry out the operation from a safe distance and the decision to withdraw water jets operating near the building a few minutes before the collapse averted a major disaster and loss of lives of the fire crew,” said a senior fire official.

Speaking about the two deaths in Thane district, Shivaji Patil, chief of the district disaster control cell, said, “Fisherman Steni Admani (66) was struck by lightning  and died on the spot when he was examining his fishing net around 6 am on Saturday.”

Six others, who were out in the open at the time, were also injured by lightning and have been admitted to local hospital. The incident took place at Patanbunder area of Uttan in Bhayander, he added.