MTHL work can be halted when flamingos visit: Government

The long-pending project saw the light of day after Japanese company JICA said it would fund it. 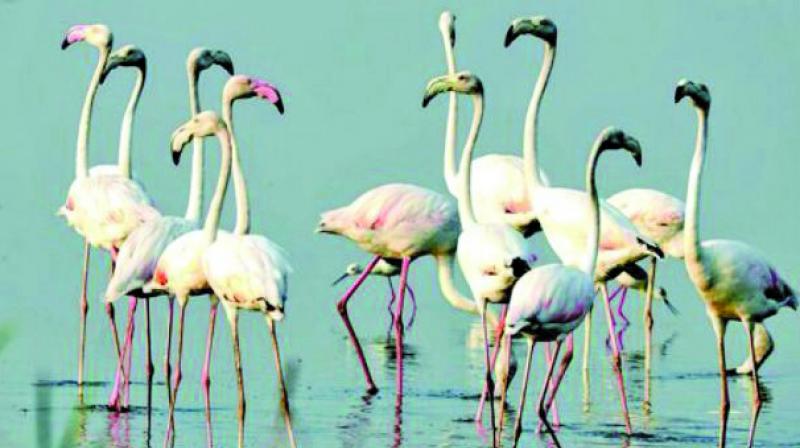 Mumbai: Seeking to protect flamingos while also ensuring that its ambitious Mumbai Trans Harbour Link (MTHL) becomes a reality, the state government has proposed that the project’s construction work be halted when the birds arrive in the city.

In an affidavit to the green tribunal, the government has said that it would halt construction activities for two to three months every October, after the birds arrive at the Sewri mudflats near the MTHL, and work on the disputed patch would resume when they leave. This, according to the government, would allow the flamingos to thrive
unmolested.

The long-pending MTHL project saw the light of day after Japanese company JICA said it would fund it. The government also expedited the process of getting environment permissions from the Centre. The only hitch, however, was protecting flamingos.

Environmentalists had opposed the project, which, according to them, would damage mangroves, flamingo habitat and marine life. The bridge was stalled for long time due to the environmental hurdle.