According to the passenger he dozed off in the bus owing to excessive workload which had him sleep deprived for 3 days. 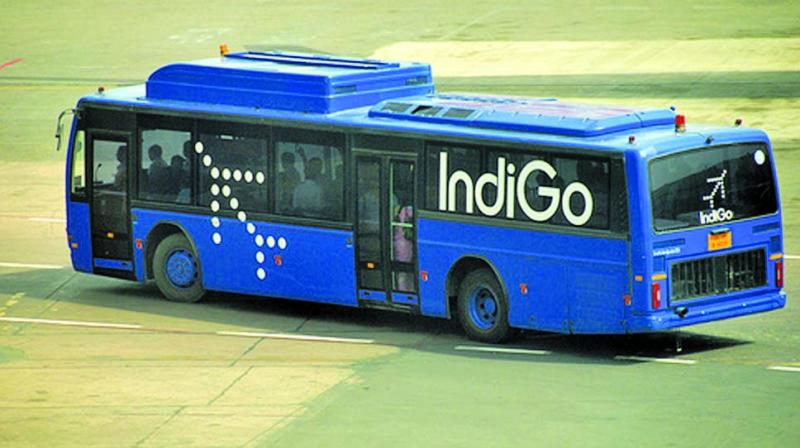 The passenger, woke up the next day to realise that he had slept the entire night in the bus. (Picture for representation)

Mumbai: A Bangalore-bound IndiGo passenger from Mumbai on Monday failed to board his flight, as he had fallen asleep in the ferry bus — which went unnoticed by the airline staff, prompting the Bureau of Civil Aviation Security (BCAS) to seek an explanation from the private airline for its alleged carelessness.

The passenger, woke up the next day to realise that he had slept the entire night in the bus.

Around 12.01 am, the passenger  — who was allotted seat number 22 C in IndiGo’s flight 6E 799, which departs from Mumbai to Bangalore around 1.40 pm — was found in the apron area near the IndiGo garage by a staff member of a ground handling agency. The staff immediately made calls and informed his seniors and the apron control duty manager about the situation. Officials then rushed to spot to check on the passenger.

Despite several attempts, IndiGo officials did not respond to our calls at the time of going to press.

As per protocol, the officials took him to the apron control for preliminary investigations.

The security agencies then got involved and with the help Central Industrial Security Force (CISF) the passenger's movements were traced from the time he had entered the domestic terminal via CCTV cameras.

According to the passenger he dozed off in the bus owing to excessive workload which had him sleep deprived for 3 days.

A senior airport official said, “He slept on the last seat of IndiGo ferry coach number 15. This was when he was taken along with other passengers to board the flight.”

An airport police official said, “The aircraft in question was parked at remote bay 34. While, all the other passengers alighted the bus, he continued to sleep. As he was fast asleep, none of the airline staff noticed him. In fact, he remained in the same bus, which was later parked in the IndiGo garage.”

After noting down his details, the police released him without registering a complaint. There were 163 passengers along with six crew members, who were booked for the flight. It was learnt that the passenger's check-in baggage had already reached his destination. However, the airline called for it via the same return flight.

According to top officials, the BCAS has written a letter to the airline, as not only it but other security agencies believe that the incident reflects negligence on the airline’s part. “How did the airline not know about a passenger who had checked in and cleared security check? How did they not see a passenger on their ferry coach? This needs a thorough check,” said an airport official.

Despite several attempts, senior police inspector Alka Mandvi did not respond to The Asian Age’s calls while the investigating officer refused to comment on the matter.