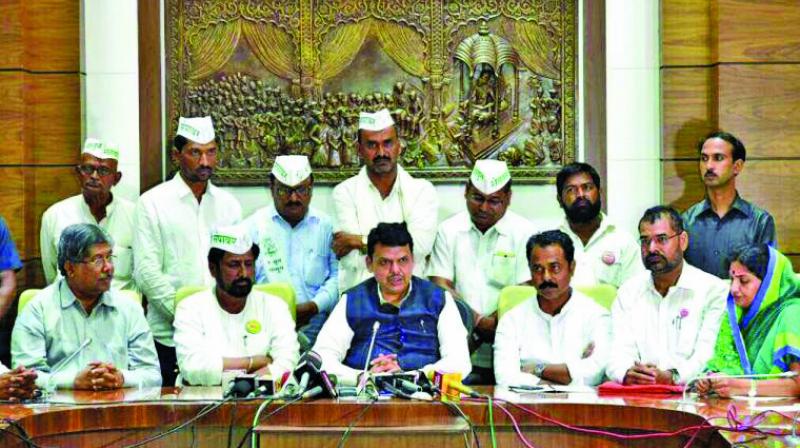 Now that the chief minister is faced with the two-day ultimatum issued by the core committee to accept their demands before June 11.

Mumbai: Chief Minister Devendra Fadnavis on Friday formed a high-power committee of cabinet ministers to look into the farmers’ unrest. The six-man committee, headed by revenue minister Chandrakant Patil, will hold discussions with the protesters and then submit its proposal to the government.

Earlier, on June 3, Mr Fadnavis had tried to broker a solution to the crisis in a late night meeting with some members of the Kisan Kranti Morcha but it backfired with many alleging that it was a bid by him to break the farmers’ unity.

Now that the chief minister is faced with the two-day ultimatum issued by the core committee to accept their demands before June 11, he has decided to hand this responsibility over to his colleagues from the cabinet.

Mr Patil later said, “The government has already taken a few decisions. But we will meet all the leaders who have an understanding about  farming and discuss the grievances.”