The state’s health department said that there had been a spurt in H1N1 cases due to climatic changes. 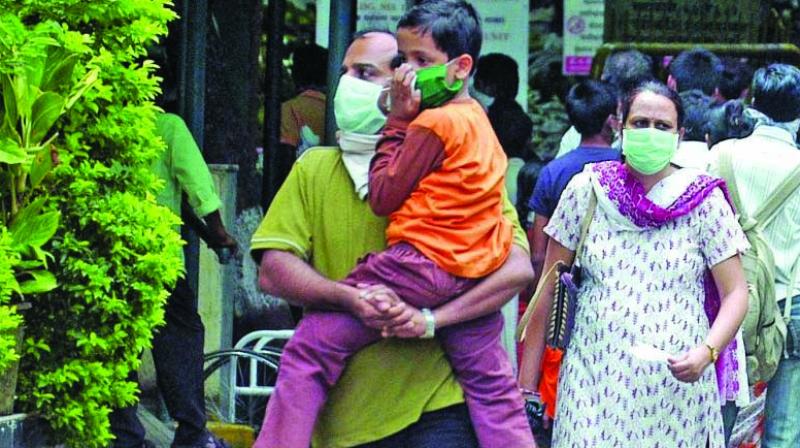 According to medical experts, many patients ignore the primary symptoms of swine flu. Medical experts have appealed people to recognise the symptoms as soon as possible.

Mumbai: Three hundred cases of swine flu were detected in Mumbai, whereas over 1,482 cases of H1N1 and 135 deaths were reported in Maharashtra from January 1 till date this year.

The state’s health department said that there had been a spurt in H1N1 cases due to climatic changes. Influenza virus causes swine flu - a respiratory infection, with symptoms such as cold, cough and fever - which generally spreads rapidly during winter.

The spread of swine flu in the state, including in the city, is still not under control. In Mumbai, 300 patients were infected with swine flu, and two people died due to swine flu. Many patients have died due to lack of timely treatment.

Two to three per cent of swine flu patients in the state face the risk of death due to lack of treatment. However, medical experts fear that this rate may rise to nine per cent this year. Hence, doctors have expressed the need to reconsider the vaccination treatment for swine flu.