The meeting of the state level bankers’ committee (SLBC) on Thursday, organised by the cooperative department, will be addressed by the CM . 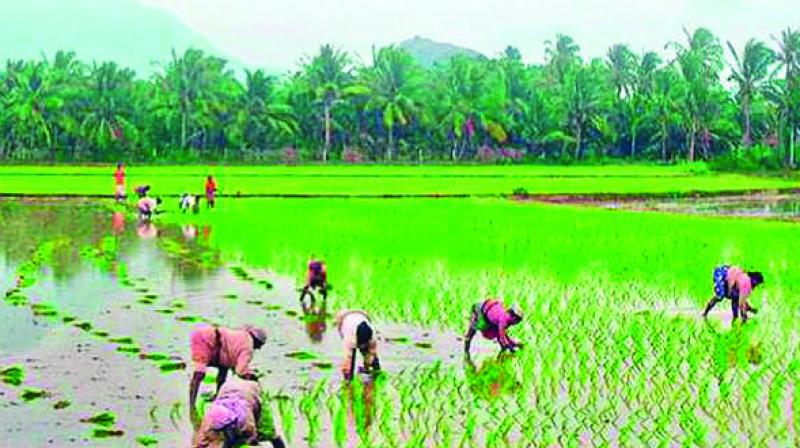 Govt is looking to raise funds for the loan waiver.( Representational Image)

Mumbai: The government has increased the crop loan disbursement target by Rs 8,400 crore, taking it to a total of Rs 62,663 crore for the current year. Chief minister Devendra Fadnavis will conduct a meeting of all bankers across the state on Thursday, asking them to achieve the target to help farmers. The government will direct the bankers - to treat the 22 lakh farmers who got benefits under the state’s loan waiver scheme - as priority for loan disbursement.

The meeting of the state level bankers’ committee (SLBC) on Thursday, organised by the cooperative department, will be addressed by the CM .

After conducting a statewide survey for the requirement of funds, the cooperative department has set a target of Rs 62,663 crore for crop loan disbursement for the kharif and rabi seasons. The state has increased the target by Rs 8400 crore. Only 47 per cent of last year’s target of Rs 54,221 crore was achieved.

The state had deposited Rs 14,900 crore in the bank loan accounts of 37 lakh farmers, out of which 22 lakh got the benefit of the waiver while the remaining who repaid their loans on time got the benefit of the incentive scheme. Senior officers of the cooperative department said that 22 lakh farmers were now eligible for new loans this season and so, they had increased the loan disbursement target.

The government is still processing the applications of 20 to 22 lakh farmers and more than eight lakh farmers with over Rs 1.5 lakh in loans have been offered aone-time settlement.