The party has fielded Madhukar Kukade, a former legislator, as its candidate in the Bhandara-Gondia Lok Sabha bypoll. 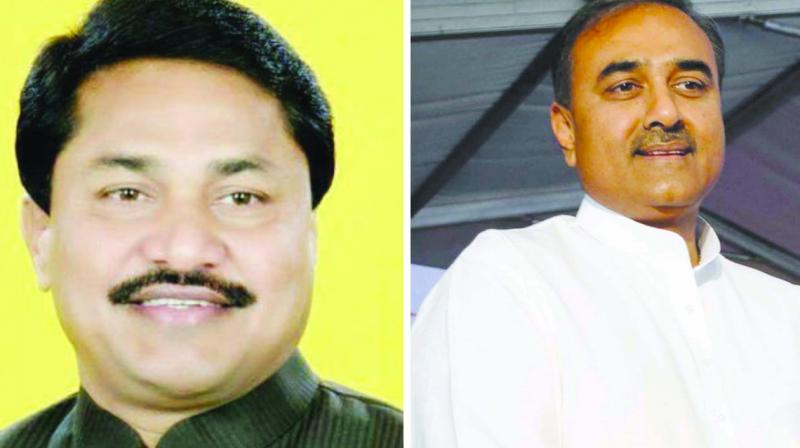 Mumbai: Much to the surprise of many in the Nationalist Congress Party (NCP), the party has fielded Madhukar Kukade, a former legislator, as its candidate in the Bhandara-Gondia Lok Sabha by-election. Several NCP members are sceptical about its chances in Bhandara-Gondia as senior leader and Rajya Sabha member, Praful Patel, is not contesting the seat despite it being his home ground.

However, sources also said that in the likelihood of Mr Patel contesting, and winning, he would have had to resign as a RS member, thereby strengthening the BJP in the upper house of parliament. To avoid such a scenario, the NCP has decided to field Mr Patel’s close confidante, Mr Kukade, instead.

The Bhandara-Gondia by-poll is scheduled for May 28 and going by seat sharing, the constituency goes to the NCP. Earlier, there was discussion about Mr Patel contesting the seat but the NCP took most by surprise when it gave the ticket to its former MLA, Mr Kukade. However, fielding Mr Kukade seems to be the NCP’s strategy to retain its RS seat.

A senior NCP leader said, “Our leadership brought to the notice of the Congress the possibility of losing the RS seat. The Congress, too, does not want to lose one member in the upper house where opposition numbers are already dwindling.”

Mr Kukade is known to be a close aide of Mr Patel. So, it is being said that the battle for Bhandara-Gondia will be a battle of prestige for Mr Patel. “For the first time since 2004, archrivals from this area, Nana Patole and Mr Patel, are on same page. Mr Patole has joined the Congress and promised to work hard so that the NCP wins. Mr Patel’s prestige is at stake. This is the only ray of hope for the Congress,” said a former minister and senior Congress leader of the state.