Narayan Rane, believed to hold key to a substantial number of votes, has supported the NCP candidate in the election. 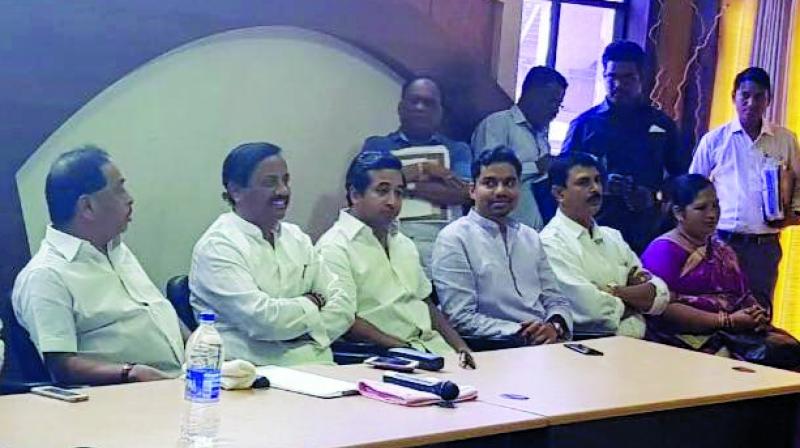 The NCP has given its ticket to Aniket Tatkare

Mumbai: The bitterness between the two allies of the Bharatiya Janata Party (BJP) – the Shiv Sena and former chief minister Narayan Rane – is set to be a thorn in the side of the ruling party as far as the Konkan Council election goes.

Mr Rane, believed to hold key to a substantial number of votes, has supported the NCP candidate in the election. The NCP has given its ticket to Aniket Tatkare, son of former state party president, Sunil Tatkare. In the seat sharing formula worked out between the BJP and the Sena, this seat was allocated to the latter. The election to the Konkan local bodies’ legislative constituency is scheduled on May 21; it will pit the Sena candidate against the NCP candidate. However, Narayan Rane’s Maharashtra Swabhiman Paksha holds the key to victory in this election, with Narayan Rane capable of influencing up to 96 votes that will decide the verdict. On Wednesday, Narayan Rane, along with Aniket Tatkare, addressed the press conference in Osargaon, Sindhudurga, where he declared support to the NCP.

Narayan Rane taunted, “The Sena candidate will not be elected in this poll and all subsequent elections. They should just count the votes they get.” Interestingly, Narayan Rane is an alliance partner of the BJP just like the Sena. But with this move, it has come to the fore how the bitterness between Narayan Rane and the Sena is hurting the ruling alliance while benefitting the opposition.