Raote has been at the helm of the City Taxi Scheme 2017, and was negotiating the specifics for Maharashtra with the transport ministry in Delhi. 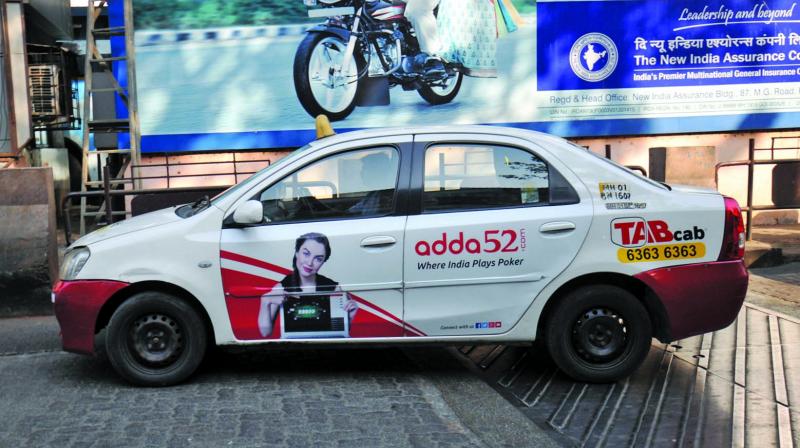 The taxi permit holder are against painting saffron stripes on their vehicles. (Photo: Debasish Dey)

Mumbai: Tourist taxi permit-holders have begun to distance themselves from the Shiv Sena, on whom they had been banking for a more pro-tourist City Taxi Scheme. In a letter to leader of the Opposition Dhananjay Munde, the Maharashtra Tourist Permit Sanghatana has said that it has an objection to the rule of painting saffron stripes on their vehicles.

The letter, dated April 7, states that the tourist taxis that are otherwise known as luxury cabs like Coolcabs and private rentals, which aren’t associated with major taxi companies like Ola and Uber, have been marginalised. A tourist taxi operator said, “We have big companies with us. We also don’t belong in the unions so we are left to fend for ourselves.” He further added, “As a result, we had gone to transport minister Diwakar Raote to talk about our issues but after the scheme was out, the saffron colour was shoved in our faces. We were also being asked to switch to CNG from diesel, which is expensive. We realised that it was best to create some distance between the Shiv Sena and ourselves.”

Mr Raote has been at the helm of the City Taxi Scheme 2017, and was negotiating the specifics for Maharashtra with the transport ministry in Delhi.