The CAG report claims that the private company defaulted on payments during the period of 2010-11 and in November 2012. 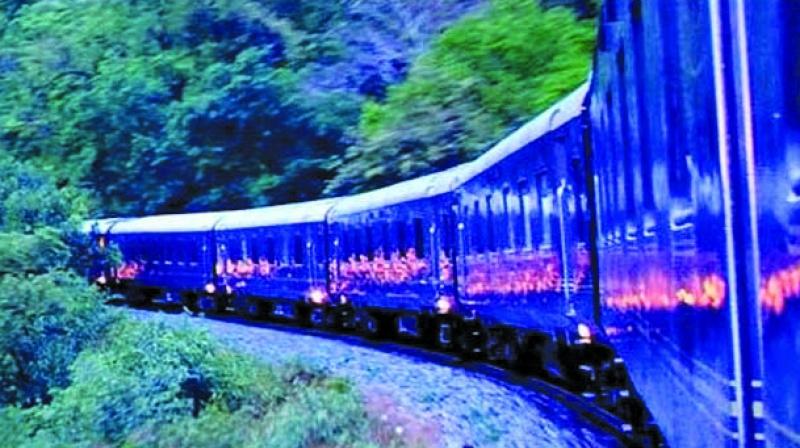 The Deccan Odyssey is a special luxury train.

Mumbai: The Comptroller and Auditor General has said the Maharashtra Tourism Development Corporation (MTDC) has been unable to retrieve dues amounting to Rs 17.92 crore from a private company that was handed the responsibility of running Deccan Odyssey, the luxury train.

“Audit observed that MTDC allowed the private company to continue the operations of the tours in spite of huge outstanding dues,” the CAG said.

According to the report, a privately run holiday company was given the contract starting from the year 2010 for the train, known for its splendour and for taking passengers through the scenic route from Maharashtra to Rajasthan.

The report states that according to the terms decided between the railways and MTDC, the company was supposed to pay Rs 27 lakh per week for the period of 2010-11 and the amount was increased to Rs 31 lakh per week from 2011-12 and 2012-13.

The company defaulted for the period of 2010-11 and also November of 2012. In 2014, MTDC cancelled the company’s contract and the accumulated haulage charges were as high as 17.92 crore. Out of this, a major chunk of Rs 11.80 crore is owed to the railways alone.

The MTDC itself had signed a Memorandum Of Understanding (MOU) with the railways back in 2001 and had initiated the building of the luxury coaches by the Integral Coach Factory in Chennai.

The train saw its maiden journey on January 14, 2004. Its minimum ticket charges are $5,810 (around Rs 3.73 lakh) and sees patronage from citizens of United States of America, Russia and Britain.