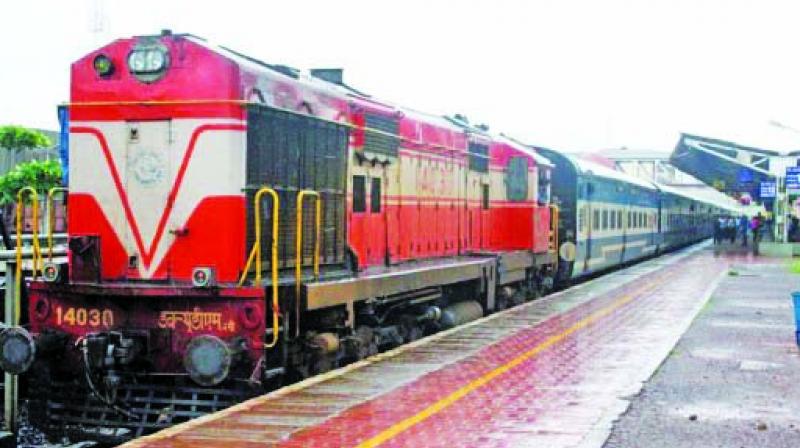 KR officials have requested the Railway Board as well as Mr Prabhu in January to consider changes and are banking on the minister’s Konkan connection to get the proposal through.

Mumbai: The Lokmanya Tilak Terminus-Madgaon double-decker express train peaks at only 60 bookings in the summer season despite being re-launched by Union railway minister Suresh Prabhu in December 2015.  Sources from the Konkan Railway (KR) attribute the lacklustre response to its odd timings. KR officials have requested the Railway Board as well as Mr Prabhu in January to consider changes and are banking on the minister’s Konkan connection to get the proposal through.

The KR officials have asked the Railway Board and Mr Prabhu that they be allowed to run the train from LTT in the 9 to 9.30 am slot or the 10 pm slot, which will make the travellers’ 12-hour journey a night trip as well as give them time to make it to the platform from the central mainline or western line. The official said, “We are expecting a change in the timetable when all officials from every zonal railway will meet with the Railway Board and the minister and put forward any changes they want to make in long-distance timings.”

KR officials have said that there are many reasons why the train has not got the response that it should have, one of which is the fact that Lokmanya Tilak Terminus (LTT) has no direct connectivity to the passengers from the Central and the Western Railway. Many people prefer to travel via the Janshatabdi, which departs at the same time but from Dadar station while the Diva-Sawantwadi departs from Diva at 6.20 am.

An official from KR said, “Most of the people who live on the Central Railway prefer to travel via Dadar and Diva as they have to get down at Kurla and catch a auto-rickshaw to LTT, which is directly accessible to the Harbour line.” He further added, “People from Kalyan, Dombivali and beyond find it cumbersome to catch the train from LTT while they have the same option available at Dadar and Diva.”