According to a source, Farooq is accused of lending help for the training of five case accused who went to Pakistan, including Salim Kurla. 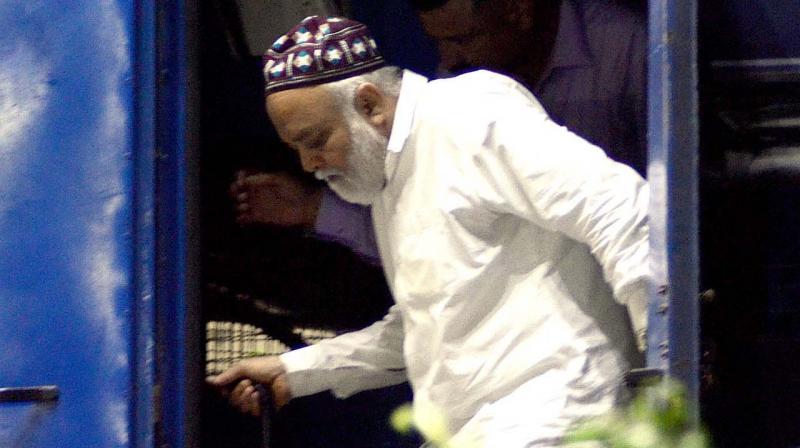 Mumbai: The CBI probe into the 1993 Mumbai serial blasts revealed that a few accused, including Yasin Mansoor Mohamed Farooq, alias Farooq Takla, an alleged close aide of fugitive gangster Dawood Ibrahim, had used a code to identify those who were sent to Pakistan via Dubai for training in arms and explosives. The trainees were allegedly given a ‘yellow cap’ to wear in Dubai so that their handlers at the Pakistani airport could identify them, said sources.

Takla was brought to Mumbai on Thursday to stand trial in the case for his alleged role in the blasts, which pertained to assisting in providing the Pakistan-bound trainees accommodation in Dubai and facilities for transit to Pakistan. While a few of the trainees knew they were going to Pakistan for the training, others were lured with job prospects and told at the last moment that they were going to be trained to avenge the loss of Muslim lives in the post Babri-mosque-demolition riots, said sources.

According to a source, Farooq is accused of lending help for the training of five case accused who went to Pakistan, including Salim Kurla. “It is alleged that Farooq participated in the criminal conspiracy as an active conspirator in the case along with other accused like Dawood Ibrahim and Anis Ibrahim Kaskar. He received five accused in Dubai, accommodated them there and facilitated their visit to Pakistan for arms training,” the source said. One of the accused allegedly met ‘Anees bhai’ at his home in Dubai, the source claimed.