Says she is grateful for the landmark judgement. 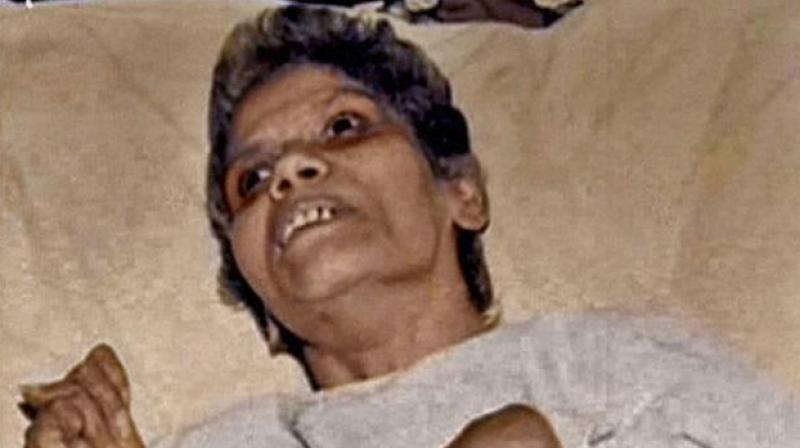 Mumbai: Human rights activist and author Pinki Virani — who had sought euthanasia for Aruna Shanbaug, a KEM Hospital nurse who was in a vegetative state for 42 years before succumbing to natural causes in May 2015 — on Friday welcomed the apex court’s judgment in favour of passive euthanasia.

“I am deeply grateful to the Supreme Court of India for the landmark judgment,” said Ms Virani, adding that she had approached the apex court on the same issue and had a tough time fighting for this cause.

Ms Virani approached the SC in 2009 as the “next friend” of Shanbaug seeking euthanasia for her. Shanbaug, who had suffered brain damage from a sexual assault and strangling by a ward boy-cum-sweeper at KEM Hospital in 1973, became the face of the euthanasia debate in the country.

Ms Virani said, “This law has been valid since 2011 and the Supreme Court upheld it today.” She also said that the court recognised the “living will” made by terminally ill patients for passive euthanasia.

A five-judge Constit-ution bench headed by Chief Justice of India Dipak Mishra has said that passive euthanasia and an advance living will are “permissible”. The bench in its 538-pages judgment also held that the right to die with dignity is a fundamental right.

Stating that active euthanasia — when death is brought about by an act — was not allowed in the country, Ms Virani said, “Passive euthanasia is allowed when a patient is in a persistent vegetative state like Shanbaug.”

Dr Ravi Bapat, former dean of the KEM Hospital, who was the first to find Shanbaug in the basement after she was brutally assaulted, did not react to the Supreme Court’s verdict. “I can’t have any opinion especially related to this case,” he said. He added, “We are no one to decide what Aruna was; she was not a subject but was a family member. It is true that she was in pain, but all of the staff loved her.”

A nurse, Lenny Cornelio, said, “We took care of Aruna like a child. Sometimes, she rewarded us with a smile and that was all we wanted.”