The state government, which has avoided making major announcement in the budget, has tried to lend its support to the Centre's budget and schemes. 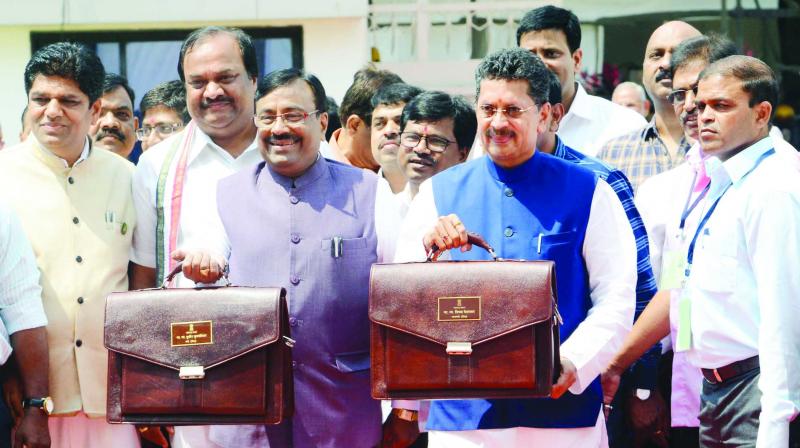 MUMBAI: The Devendra Fadnavis-led state government presented its third budget on Friday, declaring a revenue deficit of Rs 15,375 crore against the estimated figure of Rs 4,511 crore.

The Congress and Nationalist Congress Party (NCP) have pinned the massive deficit on the government's “financial indiscipline”.

The state government, which has avoided making major announcement in the budget, has tried to lend its support to the Centre's budget and schemes. However, with a burden of Rs 13,782 crore owing to the loan waiver for farmers in Maharashtra, the deficit might touch Rs 34,000 crore, aggravating the state's financial woes in the future. Finance minister Sudhir Mungantiwar also did not take into consideration the 7th Pay Commission, which is to be implemented from this year, which will worsen the state's financial crunch. The fiscal position of the state has indicated that the coming year will be tough and the government might resort to austerity measures.

Mr Mungantiwar said that the state would try to minimise the deficit by reducing avoidable expenditure and effective recovery of revenue.

“During the year 2018-19, revenue income of Rs 2,85,968 crore and revenue expenditure of Rs 3,01,343 crore is being projected. There will be revenue deficit of Rs 15,375 crore which the government will try to reduce by various measures," the finance minister said.

The state government has also increased the plan size (the total amount of money that the government presumes to be at its disposal) by 23 per cent - which was Rs 77,184 crore in 2017-18 - to Rs 95,000 crore in 2018-19. This will help the government borrow more for various infrastructure projects and spend also more, as the funds are always in proportion with the budget size.

Former finance minister Jayant Patil, an NCP leader, said that budget was represented out of frustration. "This is going to add to the government's financial woes and increase unemployment in the state. The promises made by the state in the budget are hollow and are not going to be completed. It is also very surprising that no substantial provision has been made in the budget to tackle the overall economic crisis," Mr Patil said.