The Tunnel Boring Machine (TBM) can only start after MSRDC is assured that the flyover can withstand the tunnelling process. 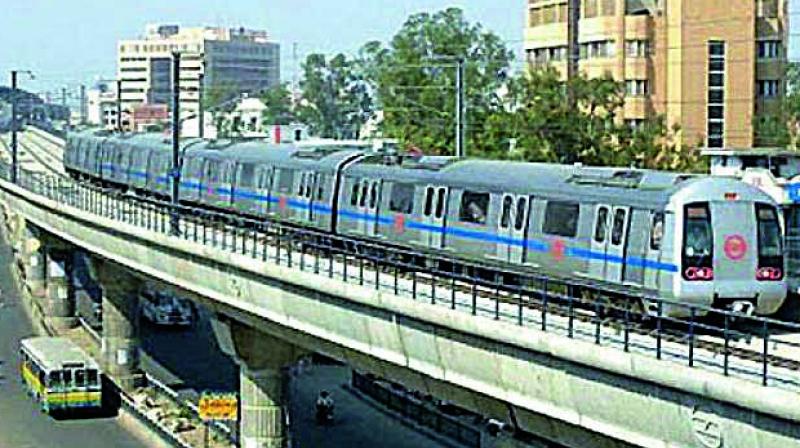 IIT will charge around Rs 15 lakh to conduct the audit.

Mumbai: Fearing the impact of Metro-3 (Colaba-Bandra-SEEPZ) tunnelling, the Maharashtra State Road Development Corporation (MSRDC) has written to Indian Institute of Technology (IIT) Bombay to conduct a structural audit of its Kalina-Vakola flyover.

The Tunnel Boring Machine (TBM) can only start after MSRDC is assured that the flyover can withstand the tunnelling process.

IIT will charge around Rs 15 lakh to conduct the audit. According to MSRDC officials, the Mumbai Metro Rail Corporation (MMRC) will be asked to take care of the expense.

Earlier in September, the authority had asked IIT to examine the impact of Metro-3 construction on the flyover. In response to this, the IIT had mentioned several precautions to be taken to secure the flyover from any damage.

“The IIT had emailed us recently suggesting safety precautions to be adopted for the flyover. Now, we have asked them to conduct the structural audit of the flyover before the tunnelling. We will permit tunnelling only after the audit is done,” said a senior MSRDC official.

The 1.7-km Vakola flyover will be tested through various methods under the audit to determine its strength.

“We will be writing to the MMRC to pay up for the expenses which we will incur to carry out the audit,” added the official. Metro-3 is a fully underground corridor and will pass below the flyover.

Meanwhile, procedures like rebound hammer, ultrasonic pulse velocity test, core cut etc will be performed to check on the strength, voids, cracks of the flyover.

Last year, JN Petit, a heritage building in South Mumbai had moved to court against MMRC alleging that the work is causing structural damage to their building.