Maharashtra president Chandrakant Patil also questioned the ability of the government to maintain law and order. 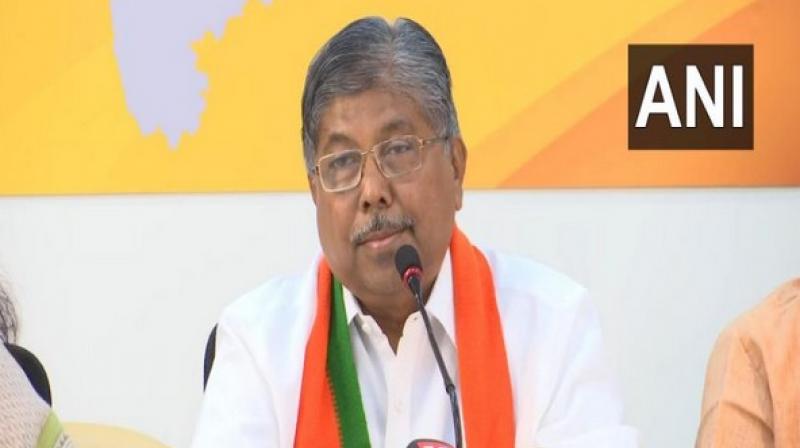 Mumbai: Maharashtra Bharatiya Janata Party (BJP) on Sunday slammed the Maha Vikas Aghadi (MVA) government over the increasing incidents of atrocities against women across the state.

Maharashtra president Chandrakant Patil also questioned the ability of the government to maintain law and order.

Referring to the rising incidents against women, the BJP state president on Saturday tweeted, “Intending to grab power, the current government failed to protect the women of the state. Females in Chhatrapati Shivaji Maharaj’s Maharashtra are not safe today. It is unfortunate. What is happening in Maharashtra?”

He added, “A professor in Hinganghat was set ablaze. A woman was set on fire in Sillod Tehsil, Aurangabad. A similar incident happened in Panvel too. Marathi film actor has lodged a complaint against three people for allegedly touching her inappropriately, confining and threatening her in Pune. Are the law and order being maintained in Maharashtra?” Mr Patil asked.

Amruta Fadnavis, the wife of former Maharashtra chief minister Devendra Fadnavis, had raised the issue of acid attacks on Twitter.

Taking serious cognisance of the rising incidents, the MVA government had in last week formed a five-member committee to look into the crimes against women and to buttress the existing laws in light of the Hinganghat incident.

On February 3, a man attempted to murder a young college lecturer by setting her ablaze in a crowded area at Hinganghat, some 110 km from Nagpur in neighbouring Wardha district at around 7.30 am.

On February 5, a 50-year-old Dalit woman was set ablaze by a man when she tried to resist his move to enter her house in Aurangabad district.

The accused, Vicky Nagrale, arrived on a bike and reportedly poured petrol on her before setting her ablaze. The lecturer is recuperating from burn injuries.

On February 5, a 50-year-old Dalit woman was set ablaze by a man when she tried to resist his move to enter her house in Maharashtra’s Aurangabad district. The woman, who suffered about 95 per cent burns died a day after the incident.