Private vehicles to be used till strike ends

More than 3,300 BEST buses have been off the roads, leading to hardship for 25 lakh commuters in the city. 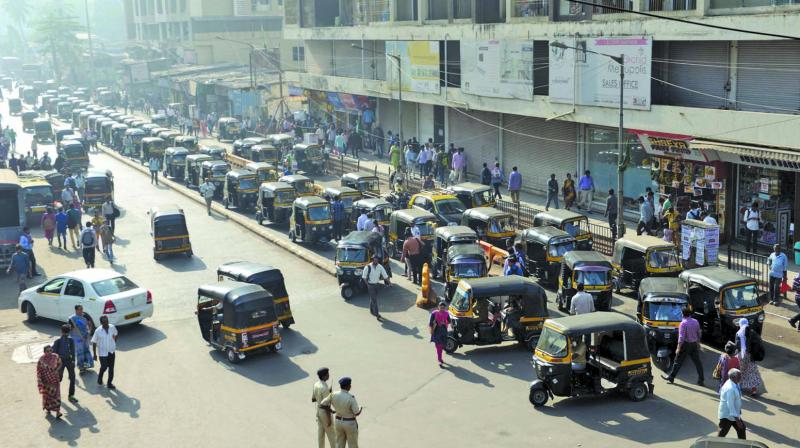 It also stated that as the strike would be called off, this order would be immediately revoked.

Mumbai: The state government  on Wednesday allowed private vehicles and buses to ferry passengers until the BEST strike is called off. Since midnight Monday, BEST workers have been on strike. More than 3,300 BEST buses have been off the roads, leading to hardship for 25 lakh commuters in the city.

Shashank Rao, general secretary of the BEST workers’ union said that the strike would continue and that only the discussion had taken place. The authorities had not responded to their proposal, he said.

A circular issued Wednesday by the home department stated that in order to provide relief to citizens in terms of transportation in the Mumbai Metropolitan Region (MMR), all private buses, school buses, and buses owned by private companies and goods carriers were allowed to ferry passengers. It also stated that as the strike would be called off, this order would be immediately revoked.

Pooja Patwa, a BEST commuter in BKC, said that she reached an hour late to her office. “I was waiting for a bus at Sion but the bus did not come so I decided to go by an auto rickshaw which took `200 for my office. Generally, I pay `15 for a bus ticket from Sion to Bandra (my office). It was a horrible day. The auto-rickshaw also overcharged me,” she said.