Thane accounts for most of Maha’s cases in last 2 yrs; Mumbai 3rd on list. 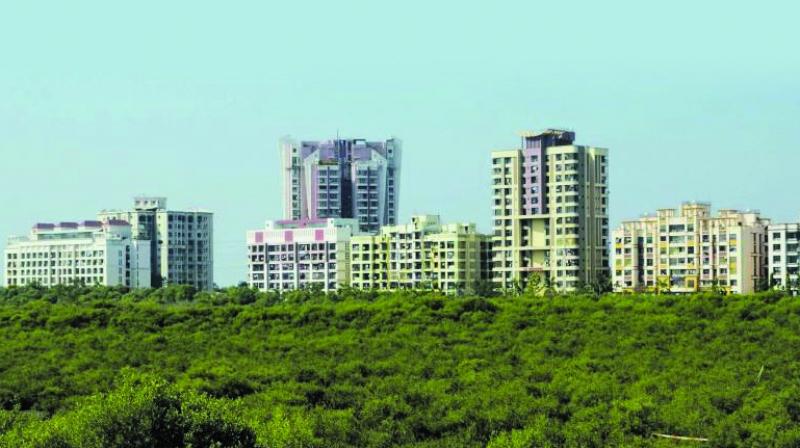 Maharashtra’s forest area at the close of the year was 61723.82 sq km, which is 20.06 per cent of the state’s geographical area, as against the stipulated 33 per cent expected cover.

Mumbai: Thane’s forestland has seen the highest number of encroachment cases in Maharashtra in the last two years — 49,463 — according to the State Forest Annual Administration report of 2016-17. Aurangabad and Mumbai ranked second and third respectively in terms of such cases from 2016 to March 2017 while the state saw an overall rise of 8.5 per cent in encroachment of forests.

Forest department officials have maintained that most of the cases arise from the proliferation of slums. However environmentalists have contended that apart from slums, builders’ intervention has also increased in Thane and Mumbai’s forests. The report was recently released online.

“The forested hilly areas in Kalwa and Mumbra are most vulnerable to encroachment and such cases are on the rise. We have a special team of forest officers that regularly demolish illegal structures. There are old complaints that have been booked recently or have not been resolved, which led to the high figure,” said Jitendra Ramgaonkar, chief conservator of forest, Thane.

Meanwhile, environmentalists have asserted that there have been rampant encroachment by private developers too that are not resolved in a timely manner. “So many constructions have come up along the Sanjay Gandhi National Park. The case is the same in Thane forests. There should be immediate demolitions, but the process of issuing notices and other procedures drags the process. The delay in transfer of forest lands under the revenue department to the forest department has also led to rise in encroachment cases as the latter can take actions on notified areas only,” said Stalin Dayanand, project director, Vanashakti.

For the year 2016-17, the area of forestland in Thane district, including cover with wildlife, stands at 3,243.24 sq km while forest cover under the revenue department for the same is 4.40 sq km. For Mumbai city and suburban districts, the forest under the revenue department covers 0.45 and 9.12 sq km. The area of land under the forest department for Mumbai city and suburbs, including wildlife area, is 201.43 sq km and 38.09 sq km respectively.