The two masterminds who planned the crime are absconding. 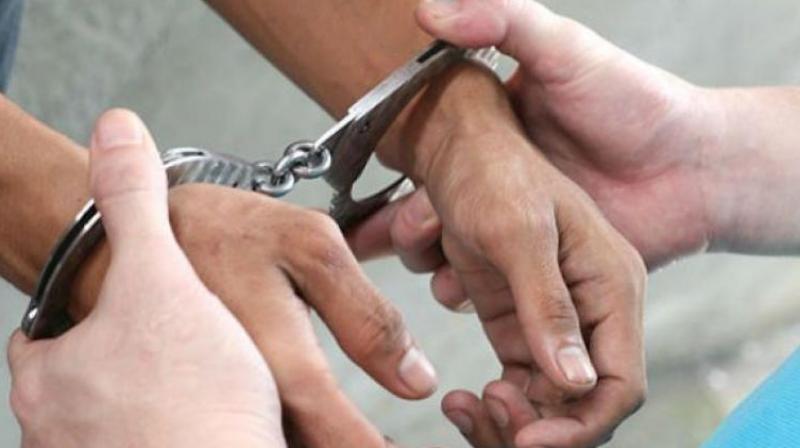 Mumbai: The local crime branch (LCB) unit of the Thane (rural) police has arrested five members of a gang, including a woman, on charges of kidnapping a Gujarat-based developer, assaulting him, and extorting money.

The two masterminds who planned the crime are absconding. The accused had abducted the developer by dragging him inside a car when he came to attend a friend’s birthday party at Mira Road on December 2. He was blindfolded and taken to an apartment in a Vasai township where he was confined and assaulted by the accused who made him sign blank cheques and bonds. The developer was later forced to call up his friend for the accused to demand a ransom of `12 lakh for his release. Under the pretext of giving them the money, the victim accompanied the accused to a building in Mira Road and cleverly managed to give them the slip before informing the police.

Sensing the gravity of the case, SP Dr Shivaji Rathod deputed the LCB to carry out an investigation. Based on technical surveillance and images of the suspects captured in CCTV cameras, a LCB team led by senior police inspector Vyenkat Andhale and API Pramod Badakh laid a trap and apprehended the accused from the Bhabola area of Vasai Friday night. While the SUV belonging to the developer was recovered from the accused, the car which they used to commit the crime was stolen from Vile Parle. Not ruling out more arrests, the police has registered a case under sections 397, 364 (a) and 384 of the IPC against the accused.