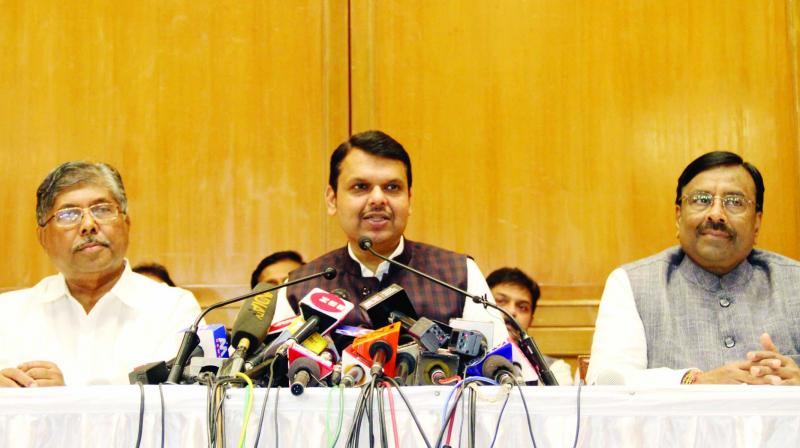 Mumbai: The Bharatiya Janata Party (BJP) not staking claim to form the government has made the Shiv Sena, Congress and Nationalist Congress Party (NCP) jittery.

All parties now fear that President’s rule will be imposed in the state if no government is formed soon. Some leaders even suggest that governor is acting under BJP’s pressure.

Mr Thorat said his party and NCP had not taken any decision about their strategy. “All eyes are now on Governor Bhagat Singh Koshyari,” he said, adding that the governor should follow the set precedents in the current situation.

Mr Thorat said the governor would play a crucial role now, and he must go by precedents.

He was tight-lipped about what the Congress and NCP's strategy was going to be amid the political uncertainty.

“We haven’t prepared any strategy. It is upto the Governor to follow the laid-down procedures including that of first inviting the single largest party to form government,” he said.

Congress leader and former chief minister Prithviraj Chavan said it was clear that the BJP cannot form the next government, and so all eyes were on the governor.

“How long Mr Fadnavis can stay as caretaker CM and what steps the governor takes to provide relief and assistance to farmers (who are hit by unseasonal rain), it remains to be seen,” he said.

NCP leader Jayant Patil said chief minister Devendra Fadnavis resigned as he could not cobble up the numbers, adding that the Shiv Sena might be invited to form the government.

“There is no question of us extending support to it (Sena). We are in the Opposition. The BJP will support them,” he said.

When asked about the latest acrimony in the BJP-Sena relationship, Mr Patil added, “They have not snapped ties. They have not said so yet. None of them is saying. Hence, the BJP may extend support to the Shiv Sena.”

The BJP had emerged as the largest party in the 288-member Assembly on October 24. — the day of the results.