BKC-Chunabhatti flyover to be opened for public 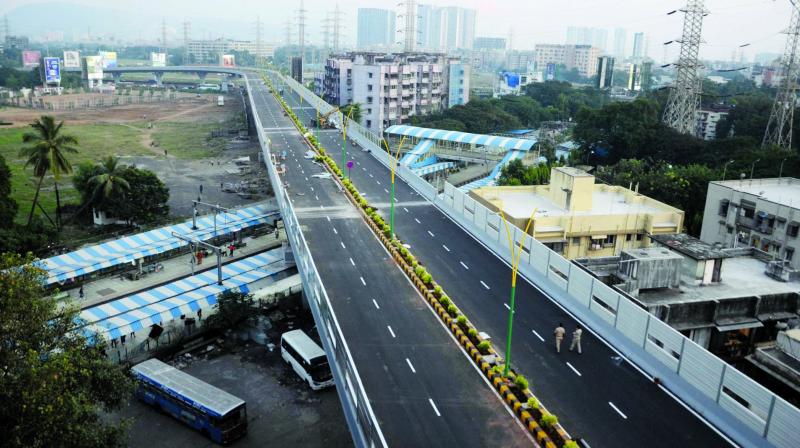 Mumbai: The BKC-Chunabhatti flyover will be thrown open to the public Saturday without waiting for any VIP to attend the official opening ceremony. While the Mumbai Metropolitan Region Development Authority (MMRDA) had been looking for a VIP to attend the inauguration, the recent NCP agitation forced the authority to accept opening the flyover sans any VIP and give a written assurance to the NCP to that effect.

Launched in 2015, the project missed several deadlines for completion even after which it was not opened to the public resulting in the NCP leveling allegations and the people demanding that it be opened.

The MMRDA had been looking for a VIP to attend the opening ceremony, which, too, could not take place first due to the Assembly elections and now due to the delay in government formation. After the NCP threatened to forcibly throw open the flyover if it wasn’t immediately opened officially, the MMRDA gave a written assurance to Mr Malik that it would be thrown open to the public on November 9.

The 1.6km long and 17m wide BKC connector is a four-lane flyover. As of now, work on the construction of dividers, installation of sound barriers and safety iron mesh nets on the rail over-bridge, and lane marking is still in progress.