Senior BJP leader Sudhir Mungantiwar, however, refuted the allegations made by Mr Thackeray calling them “unreasonable”. 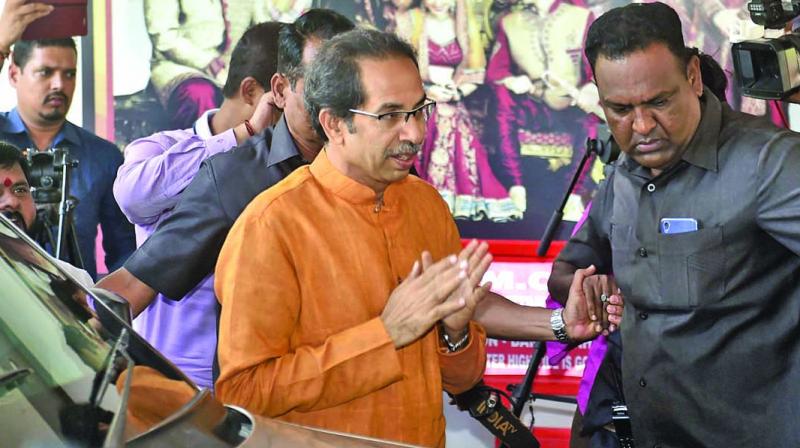 Mumbai: In a clear indication that the Shiv Sena is almost on the verge of breaking its ties with the BJP, party chief Uddhav Thackeray on Friday launched a scathing attack on the alliance partner and accused its top leaders of lying and betraying with him. “They tried to portray me as a liar, which I will not tolerate,” he said.

Mr Thackeray claimed that the BJP is not honouring their president Amit Shah’s promise that the two parties will work on a 50-50 power-sharing formula, including the chief minister’s post. Talks will happen only after the BJP admits that such a promise was made, he added.

Soon after chief minister Devendra Fadnavis reiterated that there had been no agreement on sharing the chief minister’s post for two-and-half years, a visibly agitated Sena chief slammed both Mr Fadnavis and Mr Shah saying they have not kept their word.

“This is the first time anyone has accused me and the Thackeray family of cheating,” said Mr Thackeray.

“I will not have any truck with those who call me a liar. I stopped the government formation talks the day Fadnavis said sharing of chief minister’s post was never decided,” he said. The “Amit Shah and company” was lying, he said.

He also narrated the series of events, which allegedly happened during the talks between the Sena and BJP before the Lok Sabha polls.

“When the talks started, Mr Shah said that the Sena will get the post of deputy CM after the Assembly polls. But I squarely turned it down saying that I want to fulfil the promise made to my father Balasaheb Thackeray to install a Sena CM in the state. Mr Shah later proposed that one who gets the highest number of seats would get the top post. But I insisted on equal distribution of seats and the CM’s post for 2.5 years each. Both the leaders agreed to it, but Mr Fadnavis said that it would create problems in his party if any announcement about CM’s post was made at that time. Hence, he announced that equal distribution of posts and responsibilities will be made between both the parties. But now he is saying that no such promise was made, which has hurt me extremely,” said Mr Thackeray.

He even condemned the BJP for allegedly reneging on other promises. “The BJP had agreed to contest on an equal number of seats during the Assembly polls. But they gave us only 124 seats. Even during the Lok Sabha polls, they had agreed to offer us an important portfolio, but later again gave an insignificant heavy industries department,” he said.

“I did not hold talks with the BJP after the Assembly poll results came in on October 24, as I could not tolerate being called a liar,” he added.

Senior BJP leader Sudhir Mungantiwar, however, refuted the allegations made by Mr Thackeray calling them “unreasonable”. During the Lok Sabha poll talks, no such things were discussed, he stated.