Monorail depot land on BKC lines to be commercialised

Around five to seven acres of free land will be utilised either for commercial or residential use. 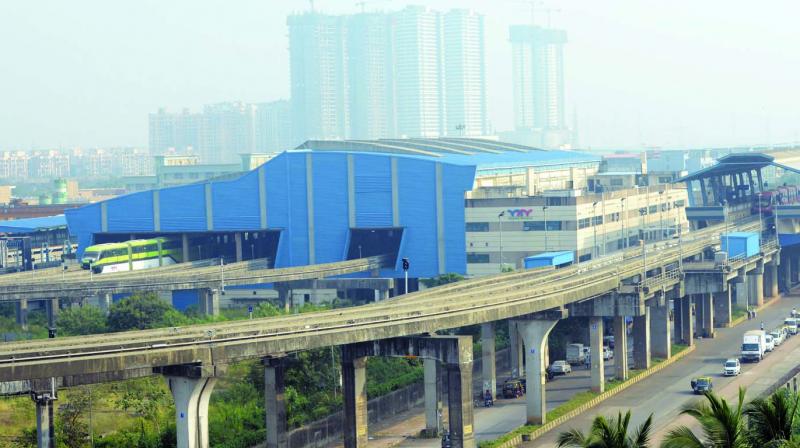 Mumbai: The Mumbai Metropolitan Region Development Authority (MMRDA) has decided to commercialise the Mumbai Monorail Depot land on the lines of the Bandra-Kurla Complex (BKC). Planning for the same is in process and tenders will be floated soon.

Around five to seven acres of free land will be utilised either for commercial or residential use. The revenue generated through this plan is yet to be estimated.

“We have plans to commercialise the vacant plots in the monorail car depot area. There can be residential or commercial buildings on the land. As per our findings, around five to seven acres of land is vacant and has the potential for development,” said a senior MMRDA official.

Price Waterhouse Coop-ers (PWC), a consultancy firm, has been given the contract to prepare a feasible plan. “Once we get the plan, we will be able to ascertain revenue generation from this commercialisation. The land will be developed on the lines of BKC,” the official said.

The passenger strength of the monorail has dropped from 19,000 to 10,000 per day after the Chembur-Wadala monorail corridor was thrown open nine months after a fire incident.

The authority is incurring losses due to low ridership as well as increased trip rates in the recent past. Commerciali-sation may boost revenue generation for MMRDA. However, the authorities revealed that commercialisation was not to support the monorail.

According to sources, the MMRDA is interested in developing a building replicating the Marina Bay Sands in Singapore.