Metros   Mumbai  09 Sep 2018  Structures demolished 10 years ago yet to be developed due to lack of noc
Metros, Mumbai

Around 170 buildings are in a dilapidated condition and have survived on repairs. 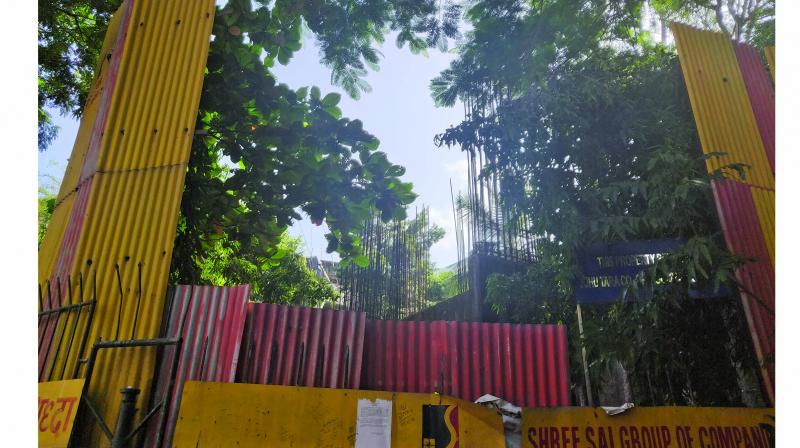 Mumbai: Many buildings in Juhu were demolished for redevelopment purpose nine to 10 years ago but are yet to be redeveloped due to lack of NOC. The residents claimed that for all these years they have been living on rent.

Around 170 buildings are in dilapidated condition and have survived on patch work and repairs. The affected residents claimed that four deaths have occurred due to the shock of stuck redevelopment projects.

When this newspaper visited the site, two under construction sites were spotted, among the two residential buildings include Harness apartment and Aman Palace which were demolished around nine years back. However till now, no redevelopment has been allowed due to lack of NOC from the Navy.

“It has been nine years but nothing has been allowed on that land, we are now living on rent. I lost my father, who suffered from a stroke due this project delay,” said Ashwin Giri, a resident of Harness apartment.

The aforementioned buildings are repaired every two years. “We carryout patch work and repairs in every two years since redevelopment is not possible, it becomes expensive for us but there is no other option,” said Ajay Govind, a resident from one of the affected building. Meanwhile, the buildings were given vacation notice from the civic body last year and nearly 37 buildings were vacated, the residents claimed.